Last January 29, 2017, NWORLD launched an event called “The Day” as part of its anniversary celebration where attendees were handpicked by their team leaders — and was held in the Ynares Sports Arena at the Old Capitol Compound Shaw Boulevard in Pasig City. The event was truly “The Day” for our valued Ntrepreneurs as newly awarded distributors were invited to speak and share their insights and their trademark techniques for success to everyone present.

As a Company of only a year, one wouldn’t expect such a big event to be held immediately right after another, as The Grand Ball was held the night before. NWORLD values its Ntrepreneurs which is why all of its events are well-planned to ensure the maximum comfort and productivity. 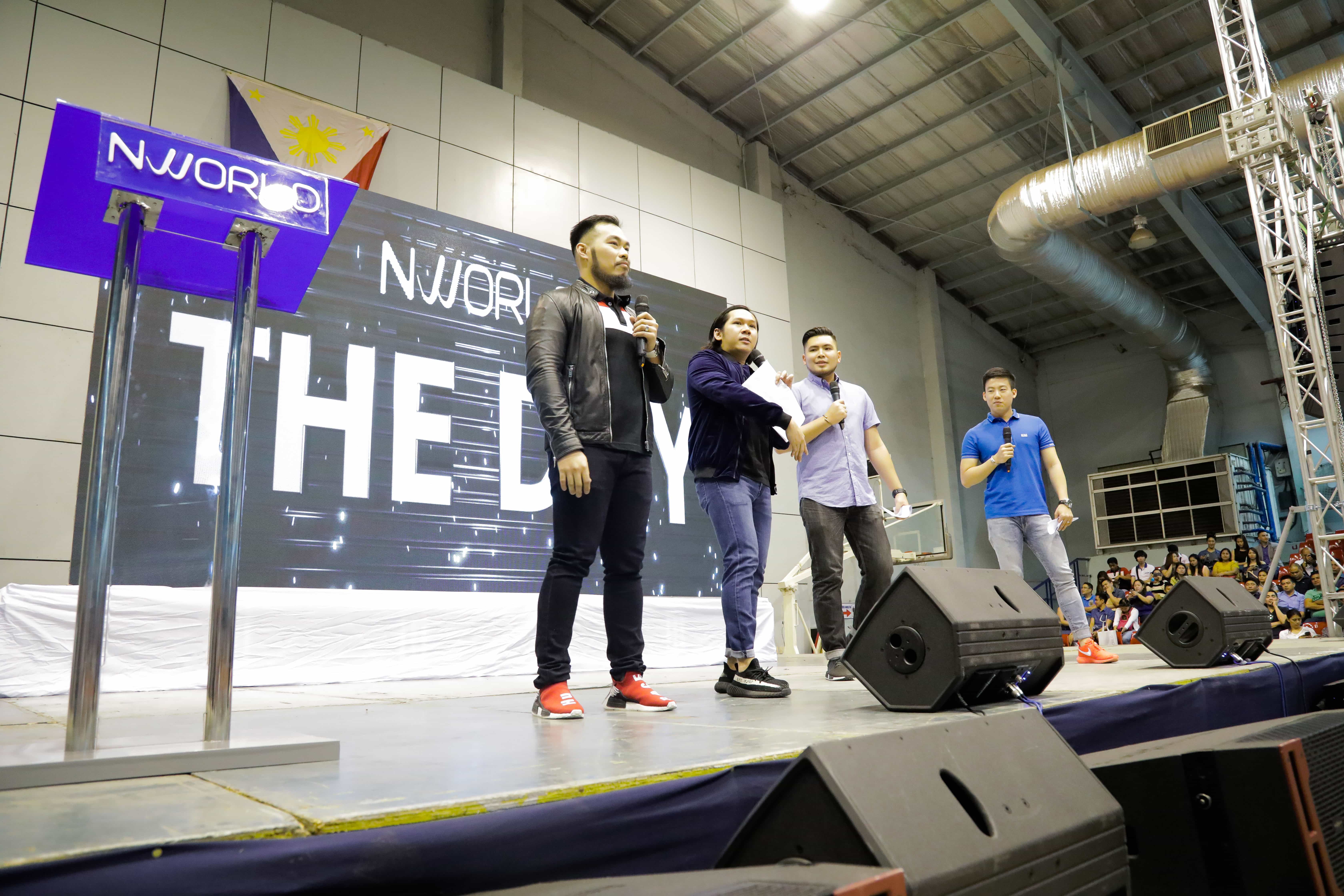 Hosted by Mr. Arthur Macogay and Mr. Ralph Bañares — both Grandmasters of the year 2016 — along with Mr. AJ Liao and Mr. Roland Perez who have both just been given the League of Grandmasters award the previous night, the attendees became even more excited as these men are known throughout the industry as iconic leaders and are regarded as stars in their own rights. 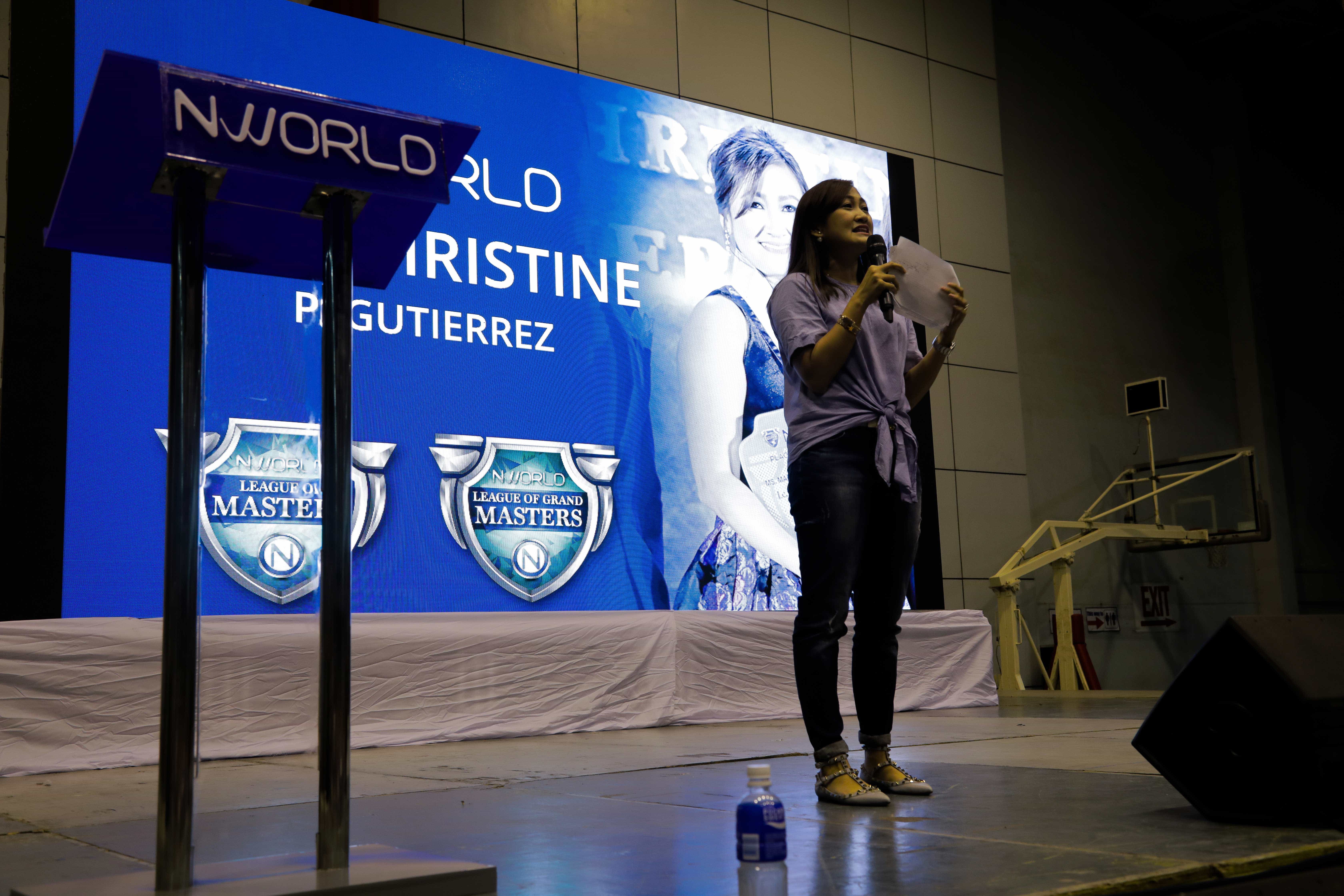 The first to give the Ntrepreneurs a knowledgeable presentation was Ms. Marie Khristine P. Gutierrez, League of Grandmasters awardee, managed to be patient as well as to study and learn new things when she joined the MLM industry. Considering the products as her life’s “game changer”, she mentioned that NLIGHTEN and NHANCE products provide beauty inside and out. She also shared her strategies on how to win a customer from the products to the business opportunity by creating an effective conversation by relating on a personal level. For her, enjoy what you are doing without considering the result because whatever the product of your efforts may be, your experience will contribute bigtime to your development as an Ntrepreneur. 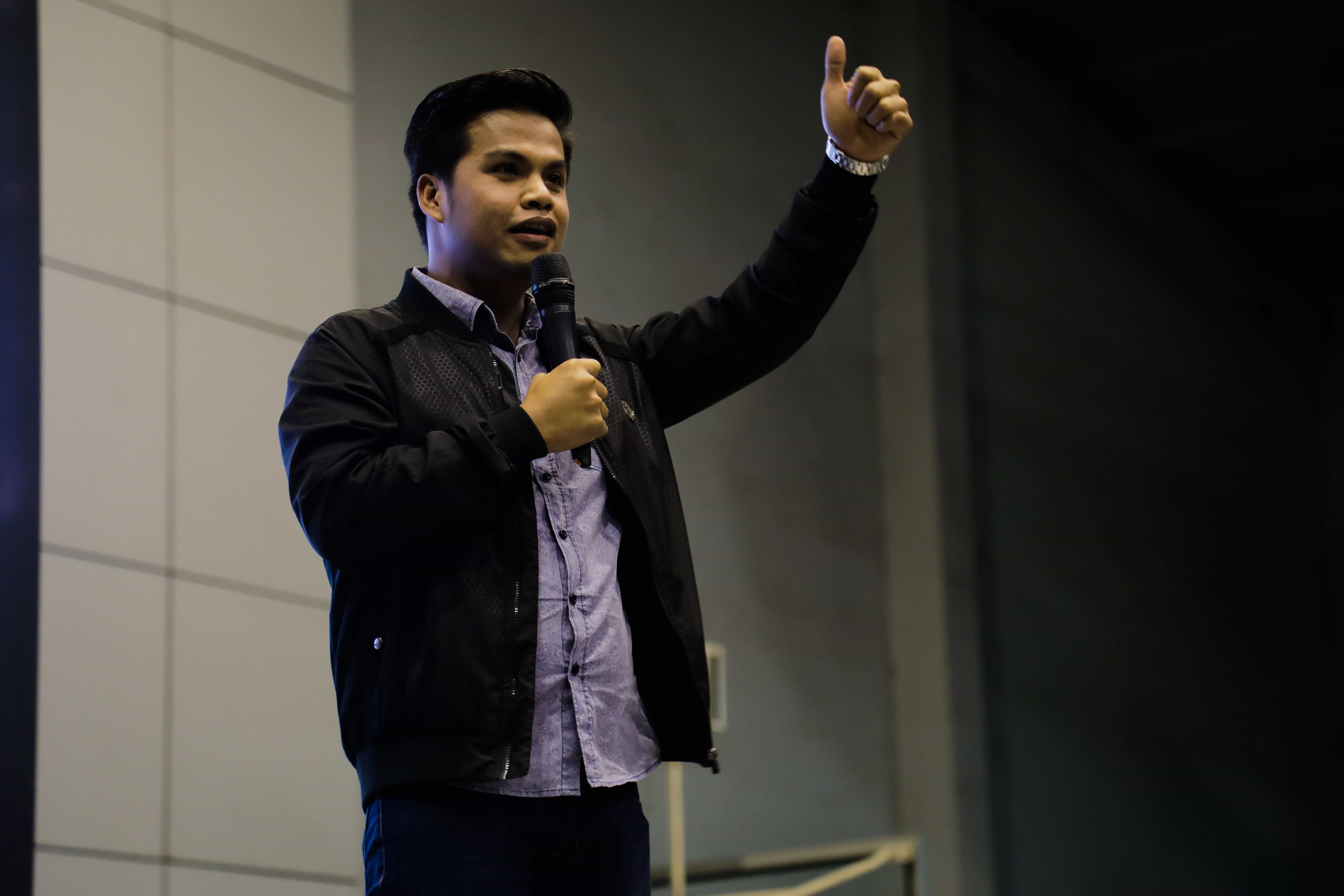 Mr. Isidro P. Coloma Jr., League of Grandmasters awardee as well, on his discussion that focused on rejection which is crucial for the growth of a person, “Rejection is part of life and to claim victory over it, you need to learn to accept that it goes with the flow of life. Rejection is part of our daily life.” Mr. Coloma stressed out the importance that we should not ask for a smaller obstacle, rather, we should outgrow the obstacle by improving ourselves. 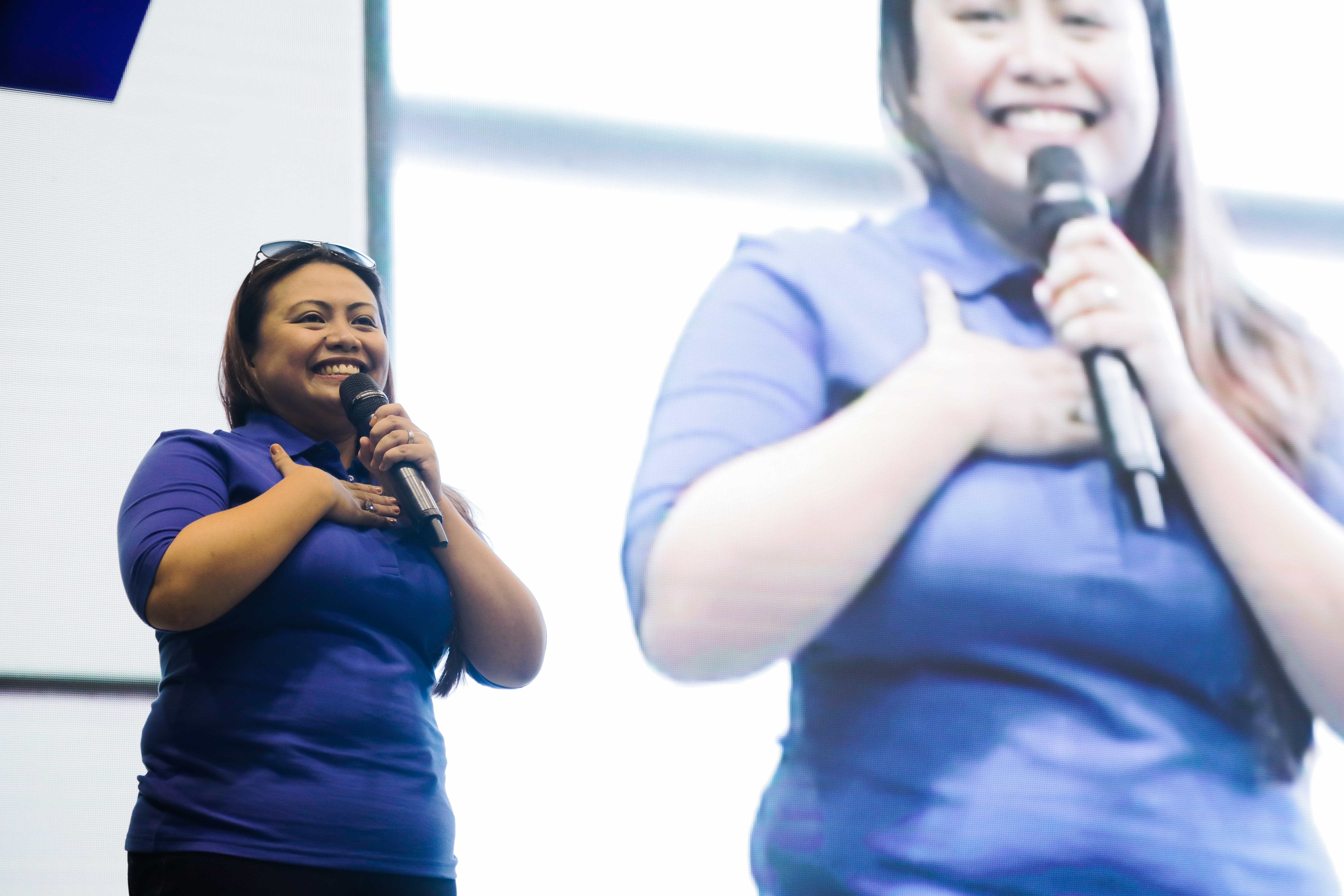 Ms. Lanie L. Nafarrete, League of Masters awardee, shared her inspiring story on how her life changed because of NWORLD and gave some useful tips and suggestions for a more successful team. She values her downlines by giving them recognition, incentives, and simple rewards to motivate them; applying what NWORLD does for its passionate Ntrepreneurs on a more personal scale. 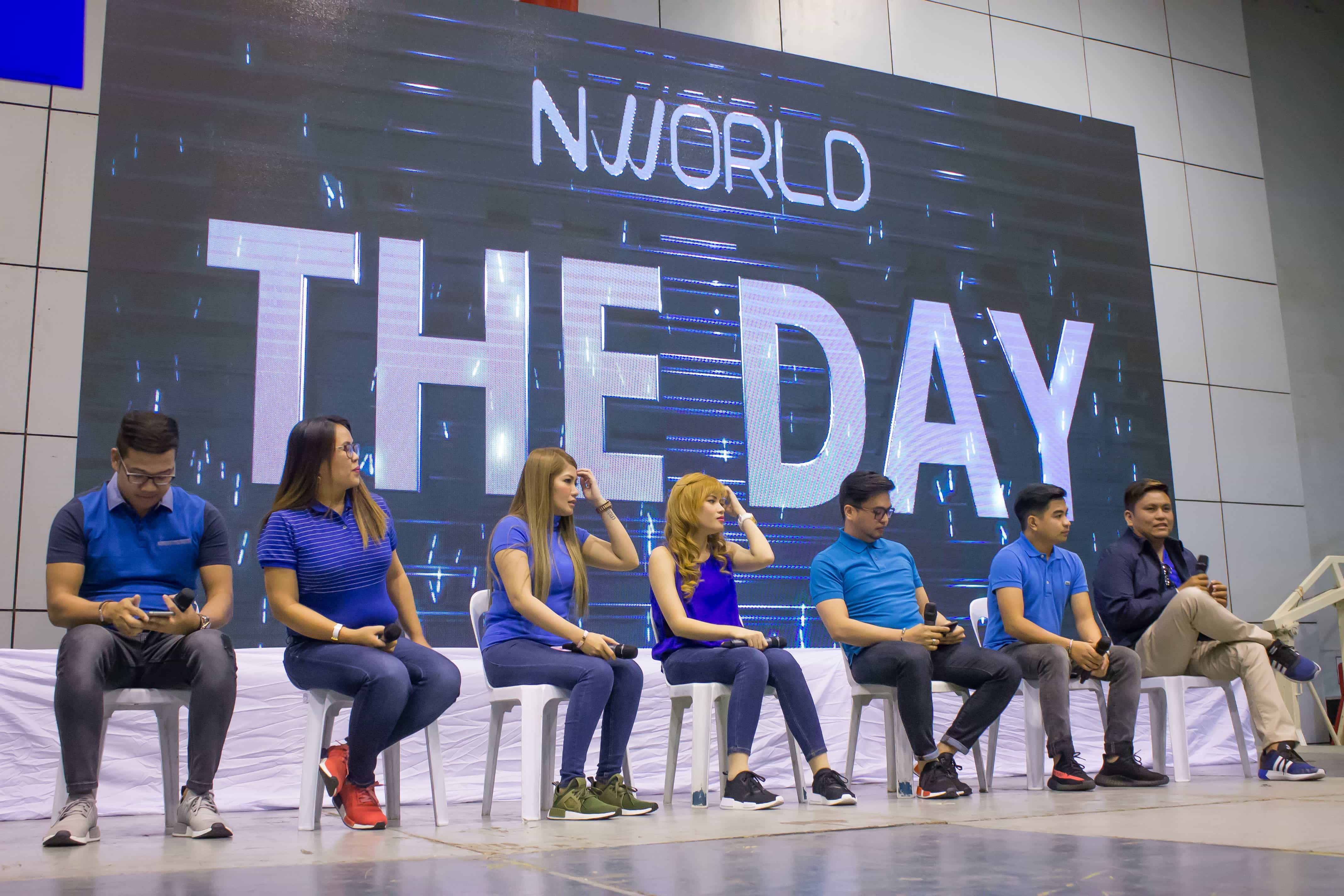 Mr. June Paolo G. Nolasco interviewed some of the top Ntrepreneurs on stage to give more insight to the crowd on how to succeed in their NWORLD business. The members of the panel were Mr. Hernan L. Pumanes, Ms. Mirasol S. Peji, Ms. Libeth P. Gonzales, Mr. Nobukazu L. Nagata, Mr. Arnel A. Casubuan, and Mr. Emmanuel T. Vasquez Jr. — all of which were from the League of Grandmasters — and Ms. Rochelle H. Concepcion who was the Top 8 Performer for the year of 2016. 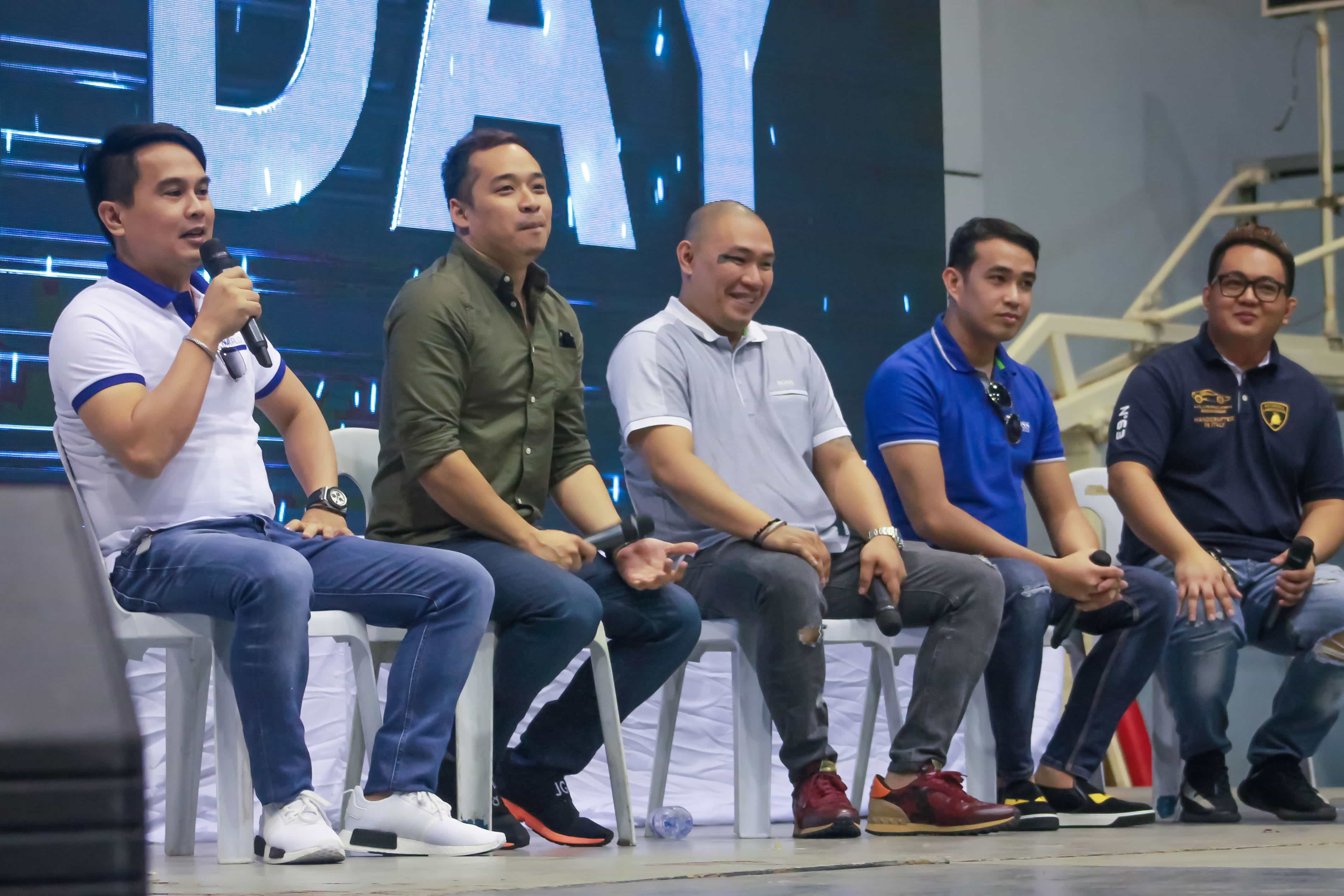 Later on, another set of top Ntrepreneurs, namely: Mr. Edcel Denny T. Flores, Mr. Jonatan P. Nueva, Mr. Renante J. Sato, Mr. Jaymon L. Gutierrez, and Mr. Rigel Peter O. Legaspi — who ranked 1st, 2nd, 3rd, 4th, and 6th respectively in the Top 36 Performers for the year of 2016 — were also invited for the interview. Each of them also shared their “WHY’s” and “HOW’s” and how to craft success in MLM industry. 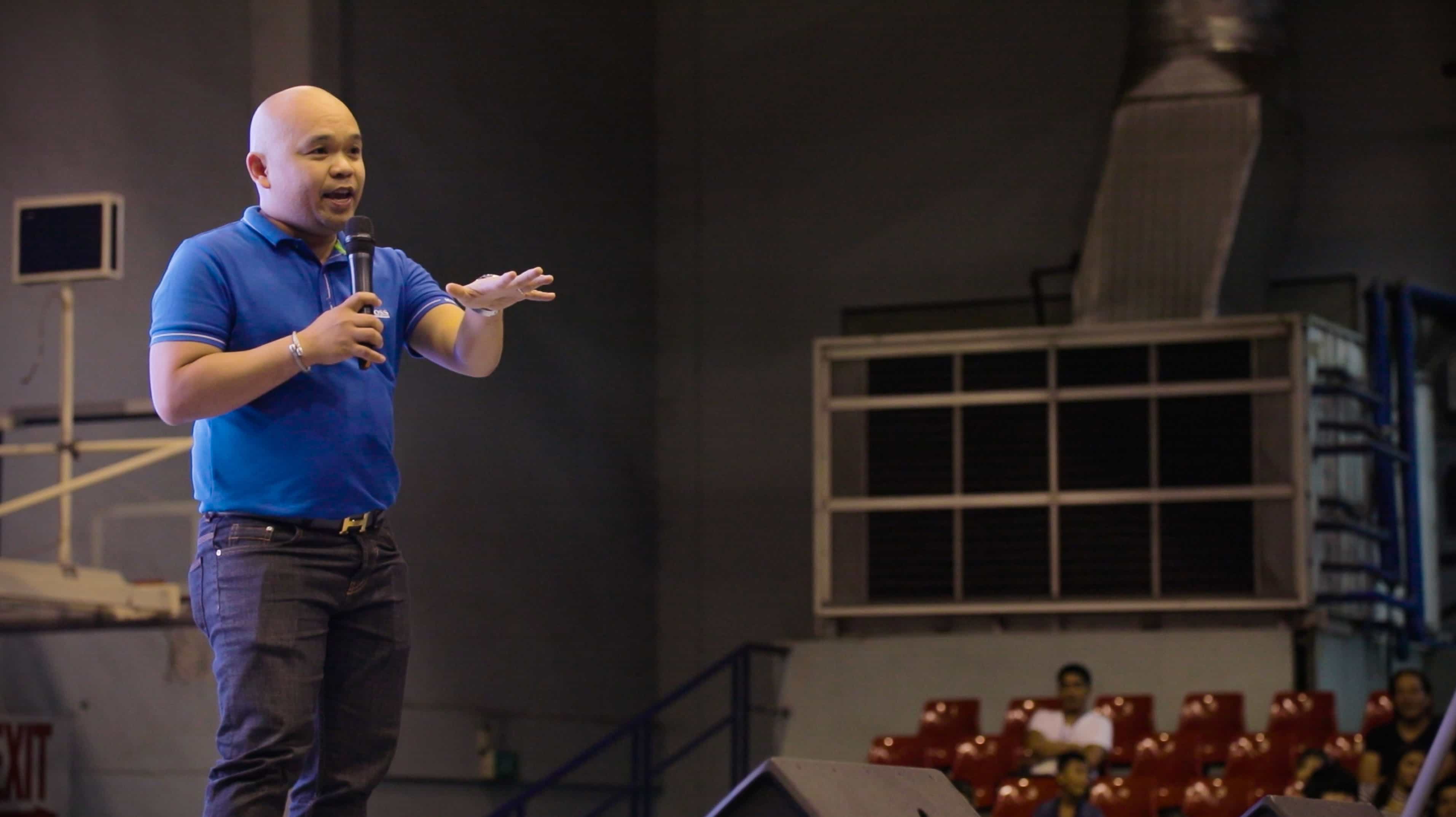 Mr. Floronito “Jun” Raboy, League of Grandmasters awardee, built a unique atmosphere on stage with his cheerful personality during his moment to reveal his journey in MLM industry, especially in NWORLD. In the latter part, he uttered “Kapit lang kayo sa pangarap niyo.” to encourage the Ntrepreneurs to strive hard and soon be one of the top performers to be recognized and awarded. 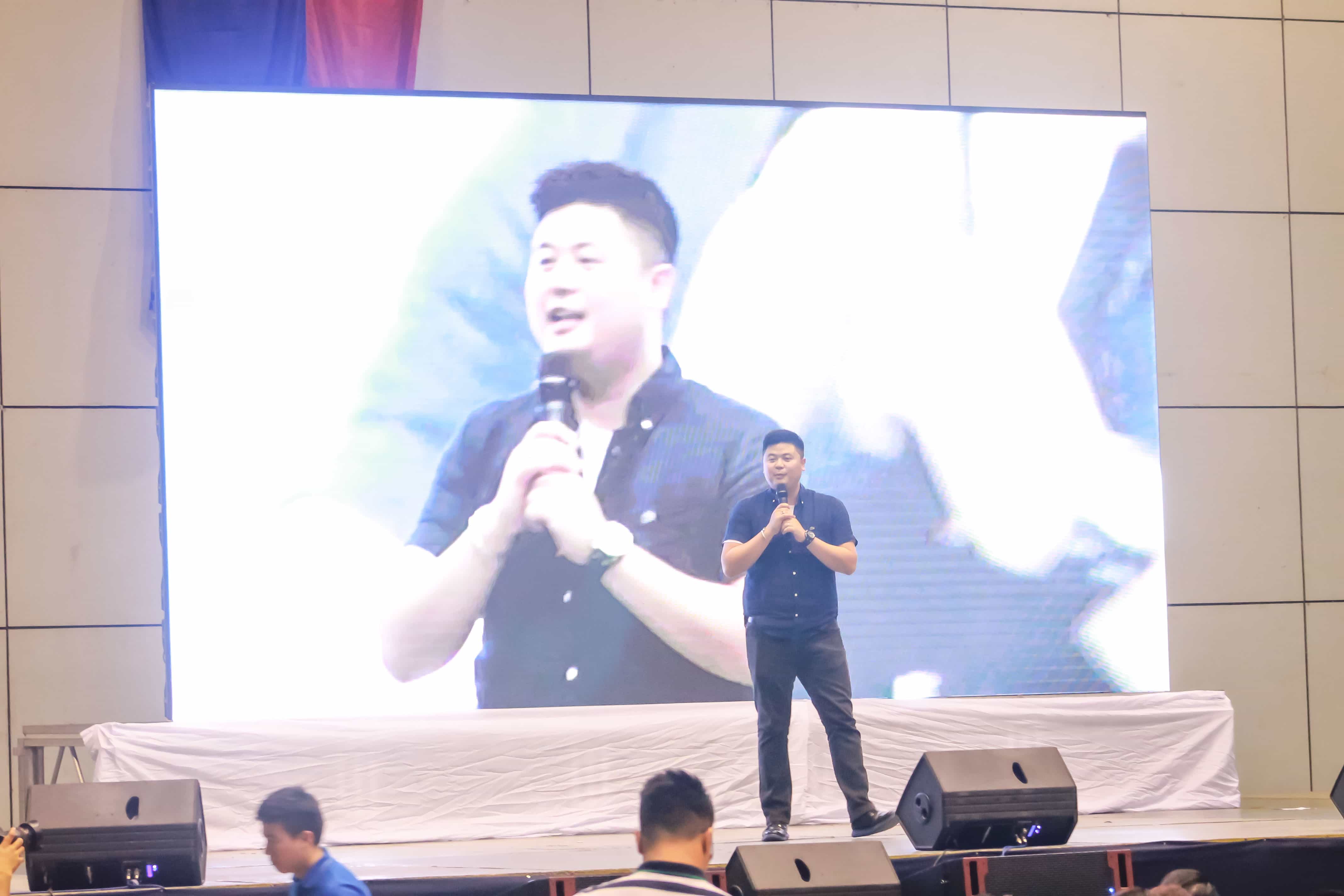 The last of the top performing Ntrepreneurs to share his thoughts was Mr. Lean Paolo G. Carvajal, League of Mentors awardee, who savored every second of his presence on stage to discuss an insightful presentation including tips and suggestions on becoming one of the outstanding Ntrepreneurs. 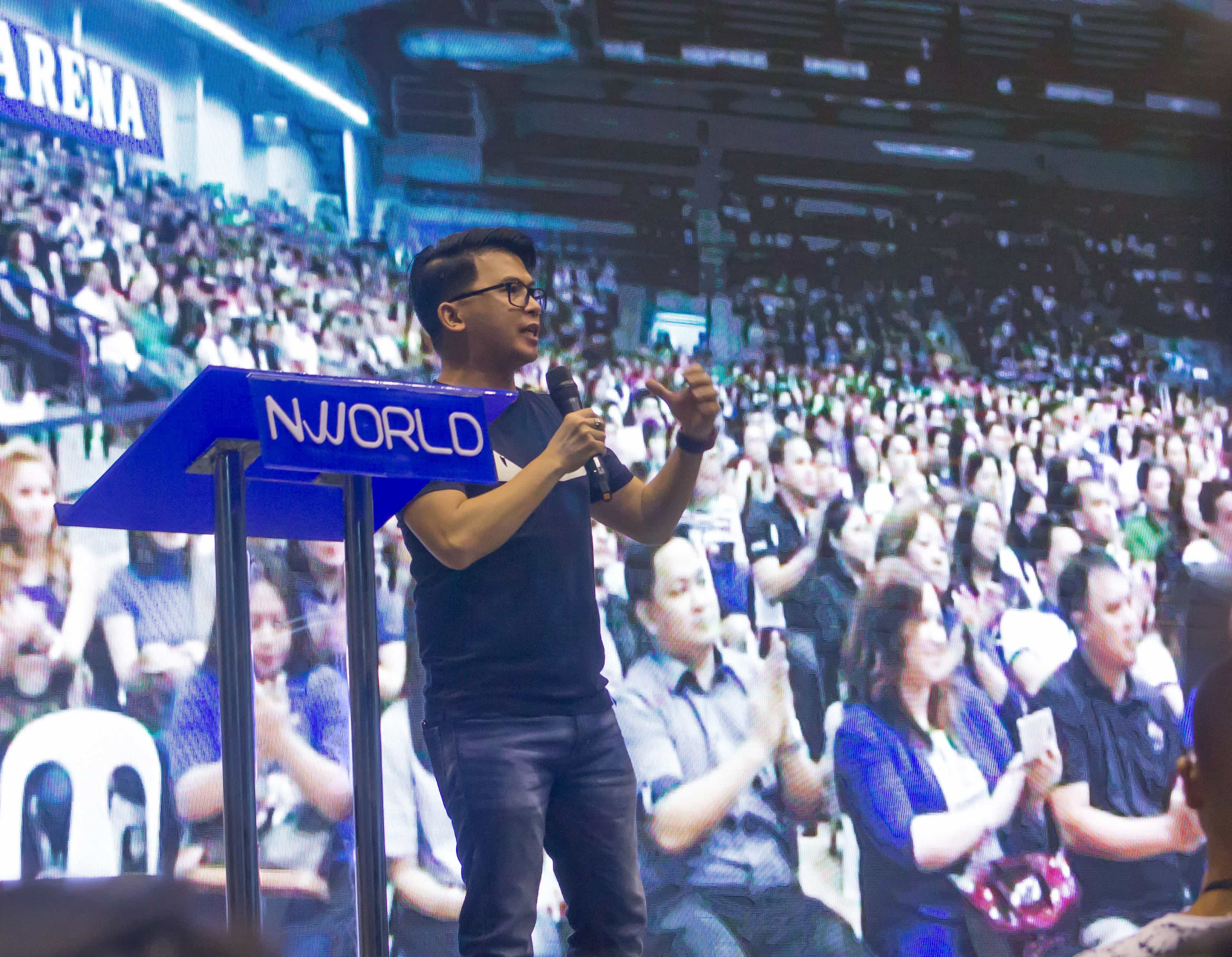 The moment everyone was waiting for arrived as President Juluis Allan G. Nolasco came on stage to deliver his lighthearted yet powerful speech. He focused on the value of things for what they could bring you in the future, rather than what they are at the moment. The supercars they brought outside the venue were indeed expensive, but the lessons that were taught during the event were more valuable. Value is not just about how much one is worth in exchange for money, but more on how you can utilize it. He ended his speech by describing the success of the event the night before. Just when Ntrepreneurs were settling down, he announced that everyone will be receiving the latest edition of the official magazine, NFINITY: NWORLD & Beyond, to which the crowd cheered in delight.

The enthusiasm, efforts, and inspirations shared by everyone in the venue - NWORLD management, speakers, employees, and the Ntrepreneurs truly made it THE DAY! 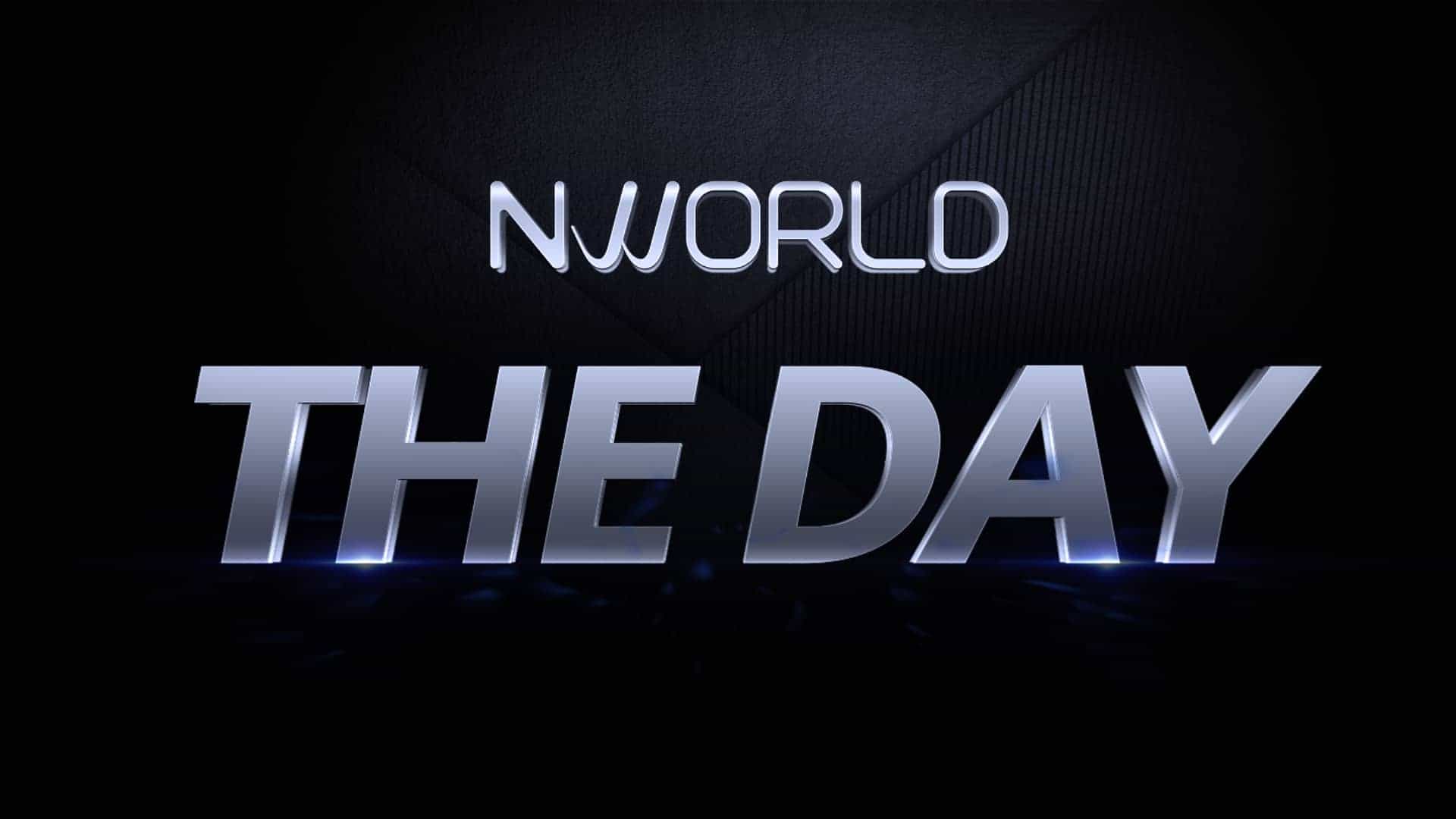