N the Midst of Success

A little over two years ago, a company started with just a concept. A concept to make the lives of countless people better by giving them an opportunity to earn and grow holistically. A concept to become a great company which puts great importance on contributing to the betterment of society by abiding to the laws of the land and by serving its people. That concept rapidly grew and materialized into the company we know today as NWORLD. 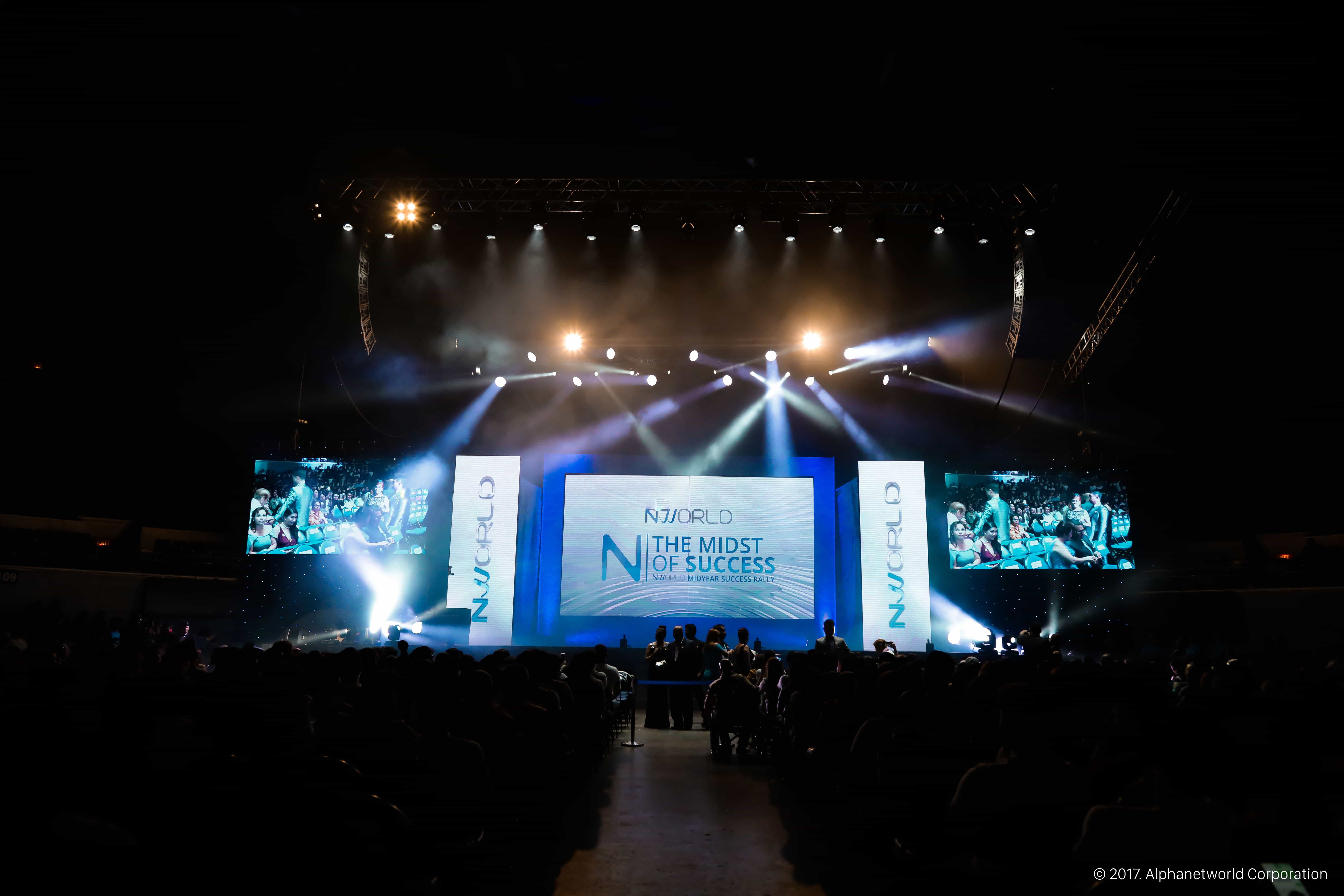 NWORLD turns dreams into reality and passion to triumph with one of its grandest celebration — the N the Midst of Success: NWORLD Midyear Success Rally happened last July 29, 2017 at the Smart Araneta Coliseum. Hosted by Ms. Patty Tumulak who is one of the co-hosts of a noontime variety show, joined by Mr. Lean Carvajal and Mr. Jonas Nueva, who are both part of the prestigious League of Mentors and Most Excellent Ntrepreneurs. 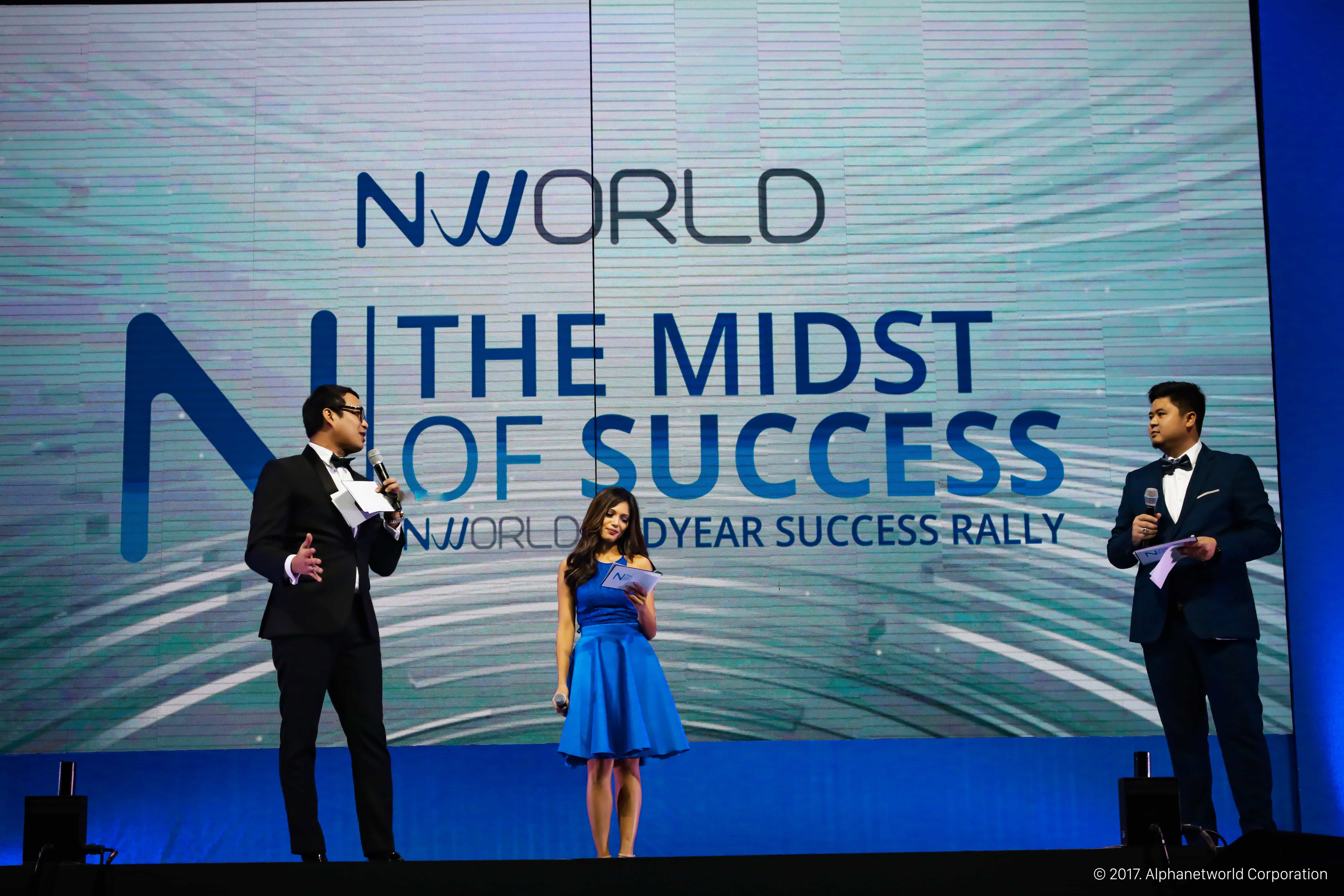 The Ntrepreneurs came from all over the country full of energy. They were greeted with upbeat music and fierce flashes of lights which made them and the venue filled with excitement. The event started with the entrance of the guests and the VIPs such as the division leaders, and all of the awardees for the day. 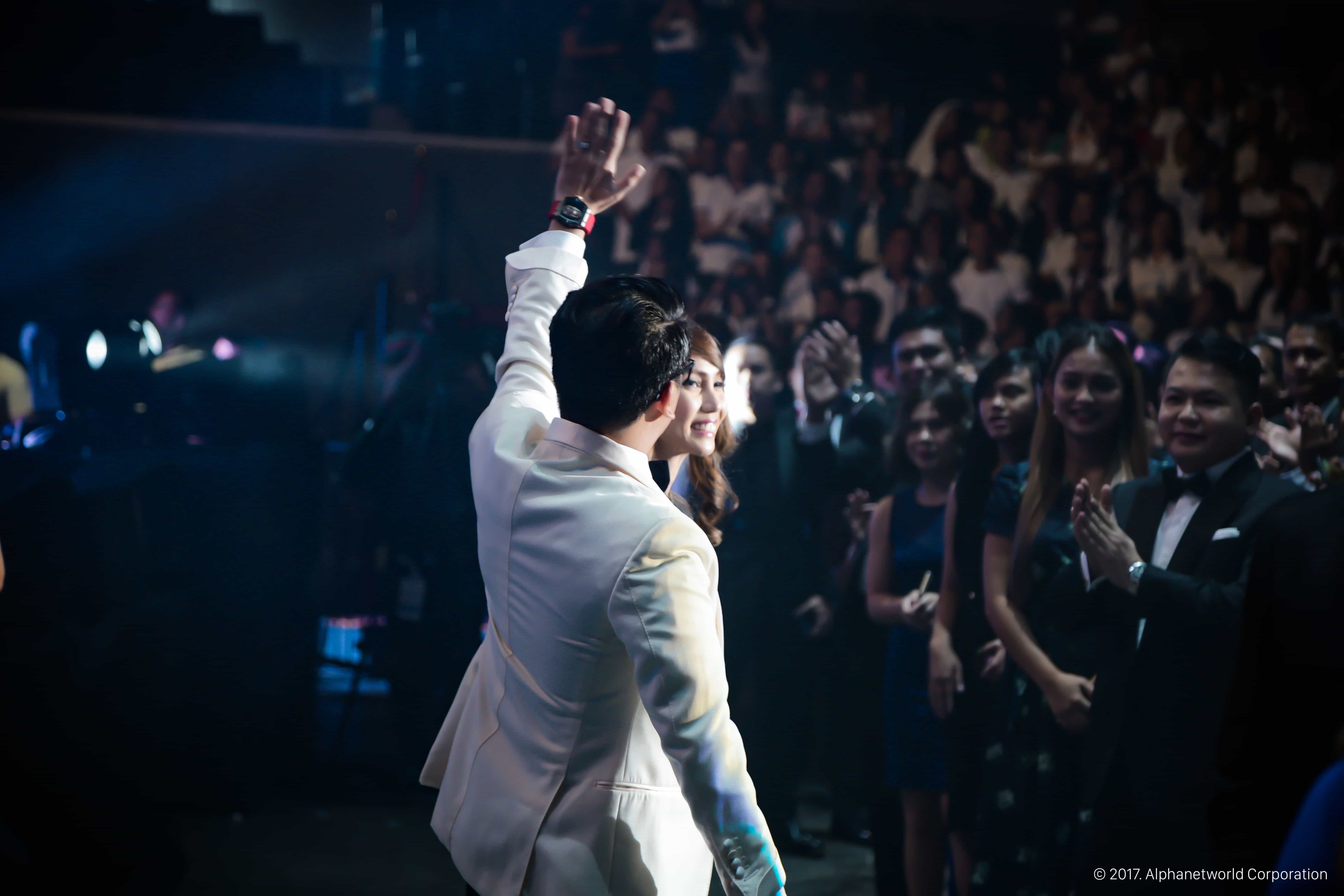 The grand winner from one of television’s talent competitions, Joseph the Sand Artist, delivered a different mood with his inspiring and meaningful performance as he portrayed images with the use of sand, combined with interpretative dance from PHD Dancers with their NWORLD inspired costumes and props that is mixed of blue and white. 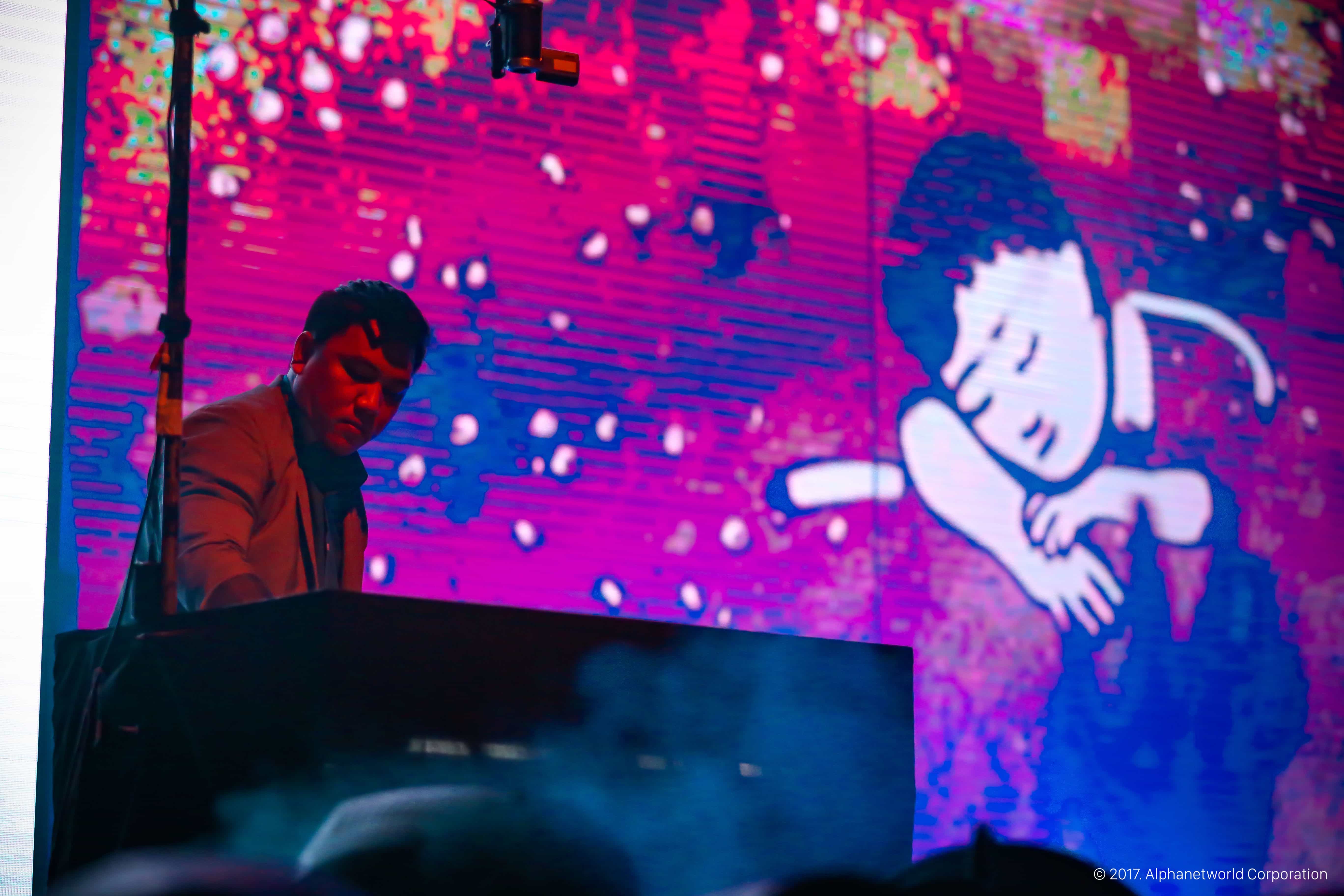 After the creative performances, the crowd witnessed the incredible changes in Mr. Lean Carvajal’s life and his family as they watch his inspiring video that is full of lessons about life and NWORLD business. Each and everyone in the venue has seen his achievements, including his luxurious house and new Lamborghini Huracán. Another successful Ntrepreneur who got into the spotlight was Mr. Jonas Nueva whose video was full of emotions and life lessons as well. Also featured was his new upscale house and Audi R8. 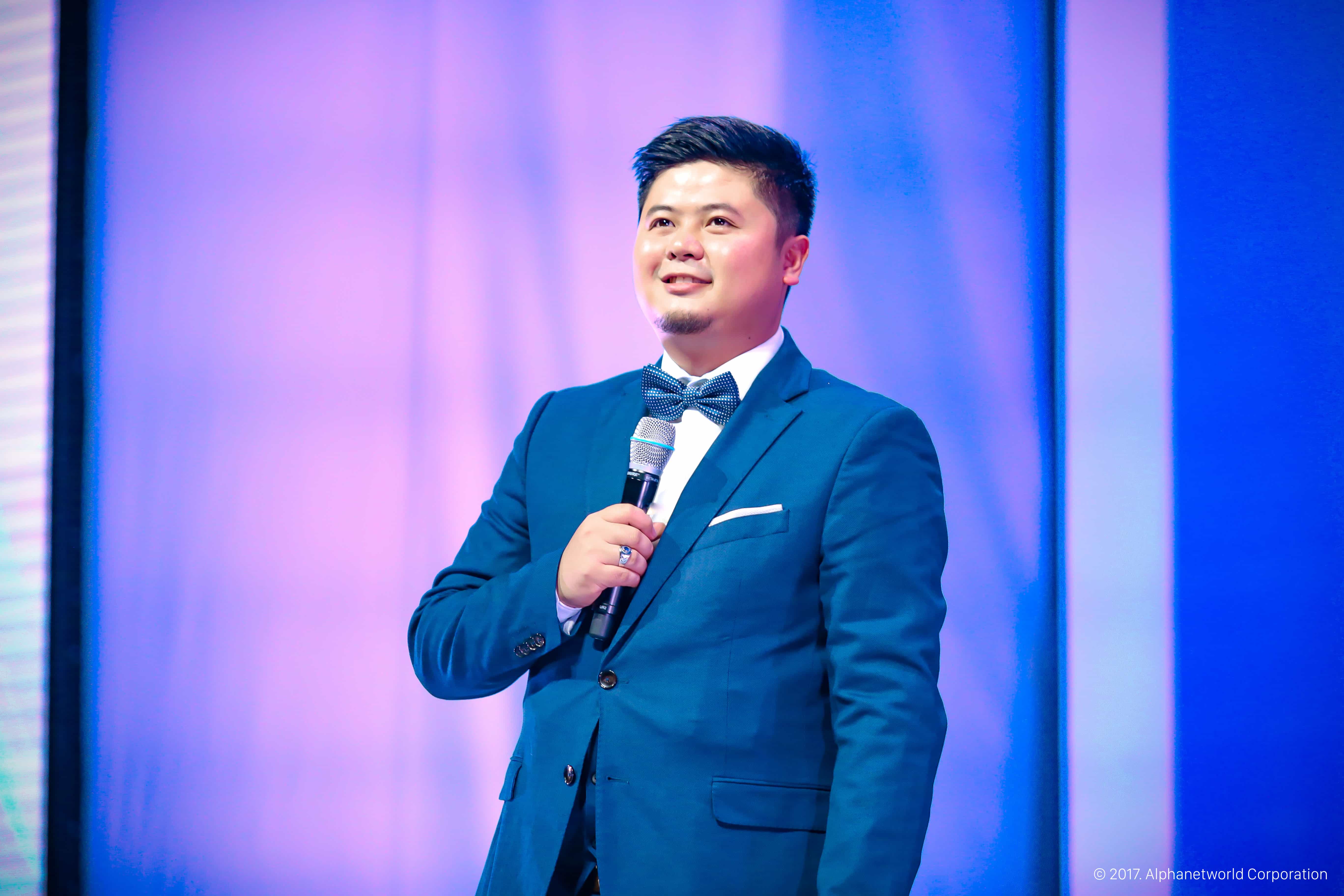 From how he was introduced in his welcome remarks, “An innovator, an avant gardist, a man of brilliant ideas and strong character who seized his destiny to create a great MLM company, and taught us to provide topnotch service that is anchored in the right cause.”, El Presidente, Juluis Allan G. Nolasco, gave a proper acknowledgement to the outstanding Ntrepreneurs who helped him make the impossible a reality. The people who were not only volunteers, but the chosen ones as one of the greatest values of humanity that a person can treasure as a gift for the rest of his life is loyalty and gratitude. In his speech, he touched each and everyone’s lives with his line “I am only a servant to all of you.” And with a lot to say for the day, he said, “Today is not just a day of reckoning. It is a day of gratefulness.” He gave a short presentation of the company’s achievements within its two years of existence. Some of the good news which our president is greatly proud to release are the increasing number of great employees, the NFINITY Volume 3, redevelopment of the website for a better experience, 300 market capitalization, 3.2 billion revenue, travel rewards, a new international branch. He said, “I offer you financial freedom. Hindi libre, kundi malaya. The freedom to get what you want.” And why all of this happened? He said, “It happened because we made it happen.” The company is more solid than ever. 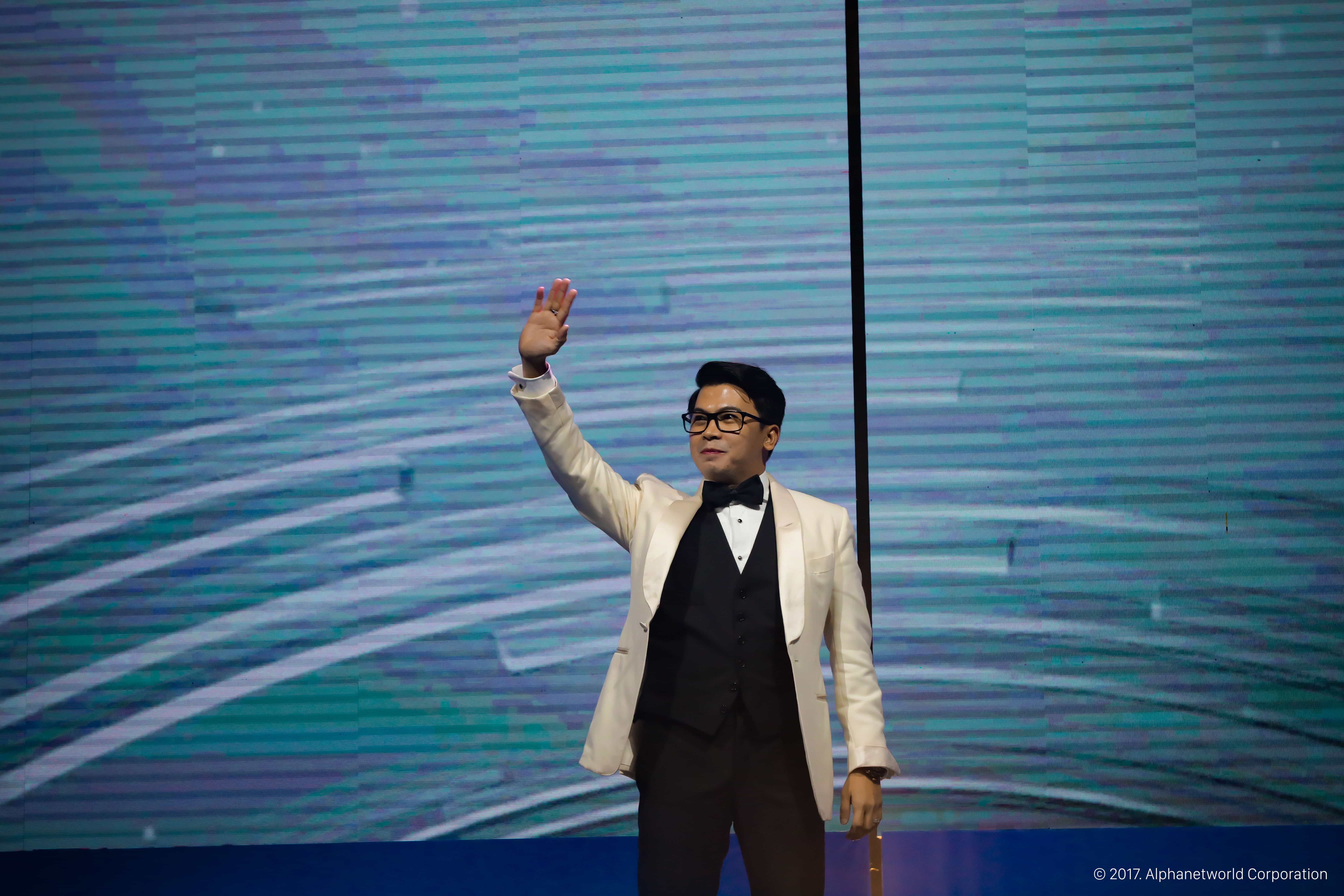 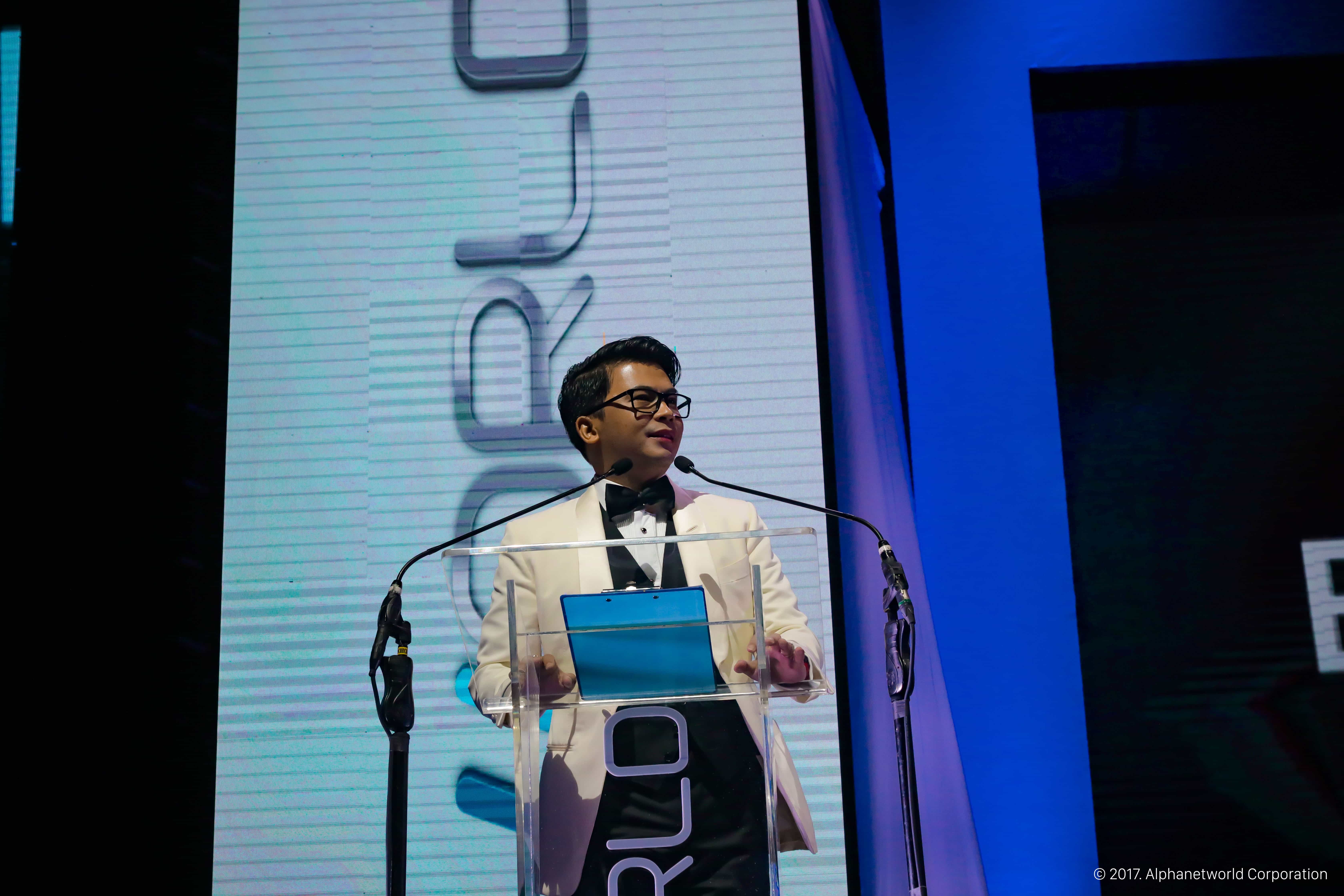 After the president’s precious moment on stage, the first guest speaker who is an outstanding Ntrepreneur, emotionally shared her success story to everyone. Known as “Ms. Own Boss”, Ms. Lucky Lyn Wong is a Hong Kong national who never expected that she would be able to give herself and her family a comfortable life because of the NWORLD business. From the way she handled her speech, you can definitely feel how grateful she is that she is with NWORLD, especially when she uttered, “This is something better because I am changing lives.” She believes that NWORLD products are the game changer of her and the others’ lives. And because of her passion for the business and how brave she was to speak in front of thousands of people who attended the grand event, she was given a plaque of appreciation for sharing her valuable experience and business knowledge. 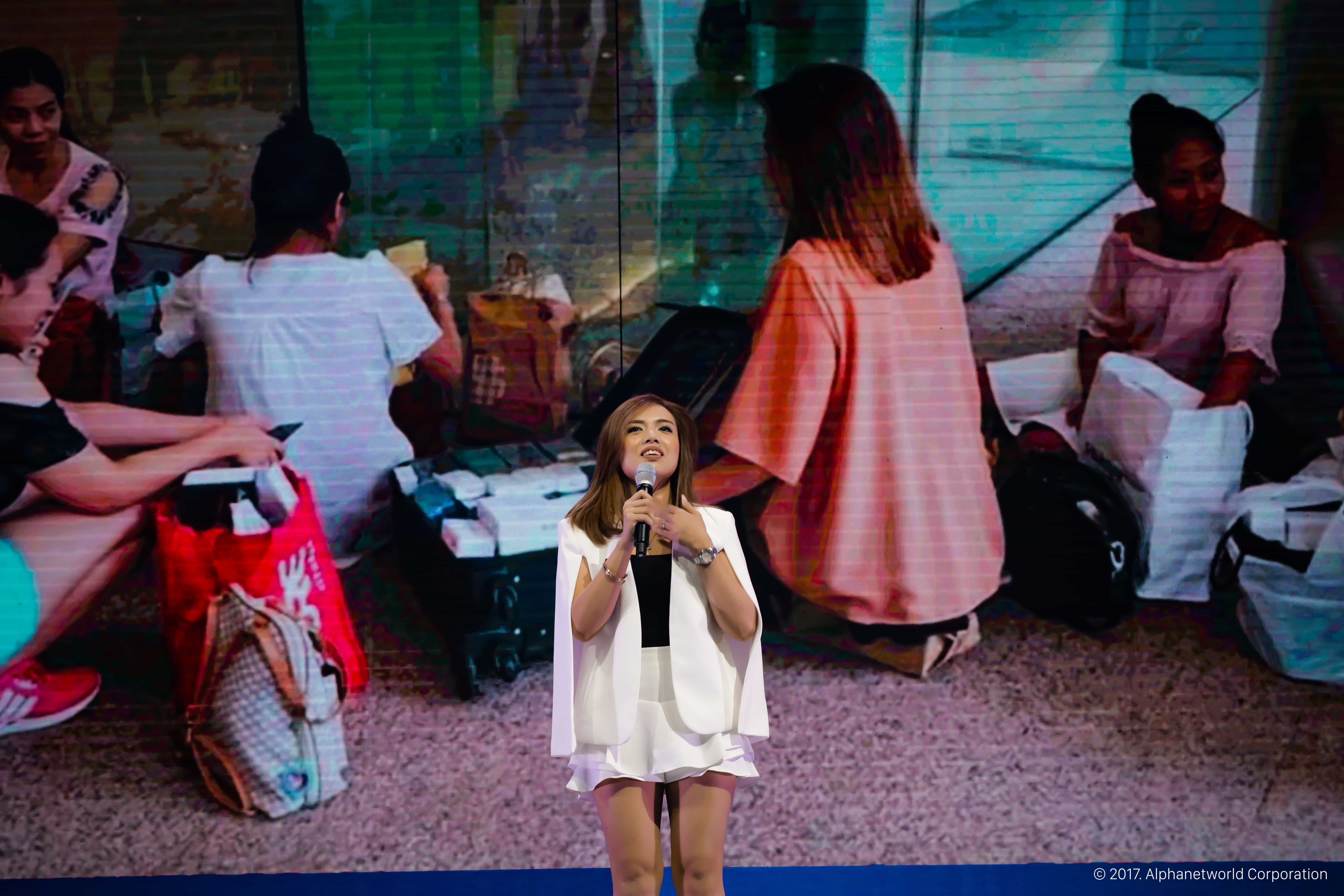 Another Nspiring Ntrepreneur who shared his story of hardships and life challenges before being an Ntrepreneur was Mr. Jan Jan Bendanillo, a former security guard. He did his best to hustle hard for his family, especially for his child. He started his NWORLD business with just purchasing a few soaps until good luck came to him and made his NWORLD business bigger. He now have his own car and house in which he said, “Kahit hindi kagandahan, ang importante may titulo ako.” He was also given a plaque of appreciation for being an inspiration to everyone. 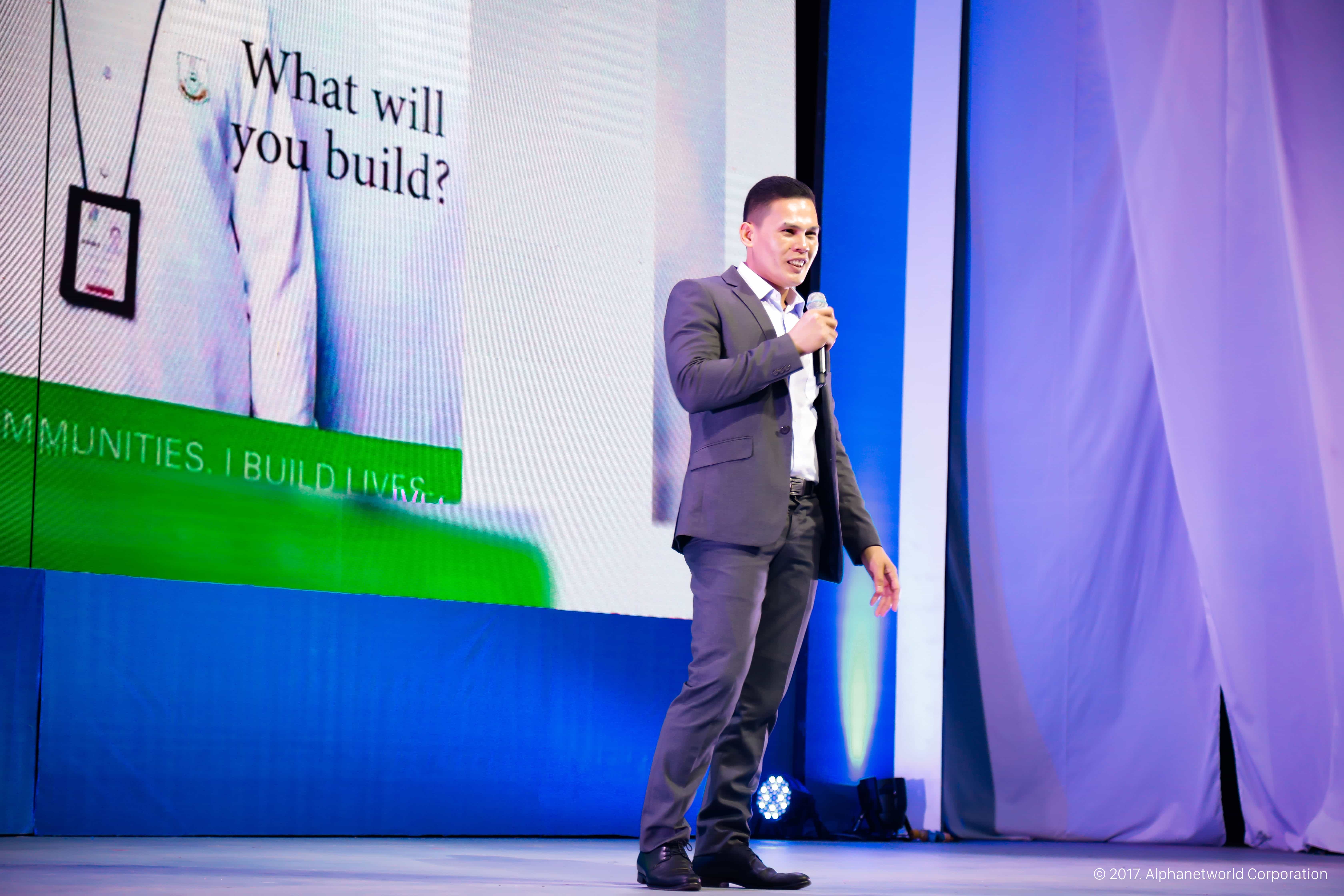 Achieving our dreams might seem impossible to others, but for those who truly dream, nothing is impossible, just like our awardees from the League of Excellence (League of Masters, League of Grandmasters, and League of Mentors) and the Most Excellent Ntrepreneurs. Each of the awardees were given a plaque of recognition, sash, and brooch by the presenters including the Board of Directors Ms. Josarah L. Nolasco, Co-Founder and Head of Creative and Business Development Departments, Ms. Joyce L. Sarmiento, Head of Finance Department, Mr. Richard Sarmiento, Head of Operations, Mr. June Paolo Nolasco, and President Juluis Allan G. Nolasco. 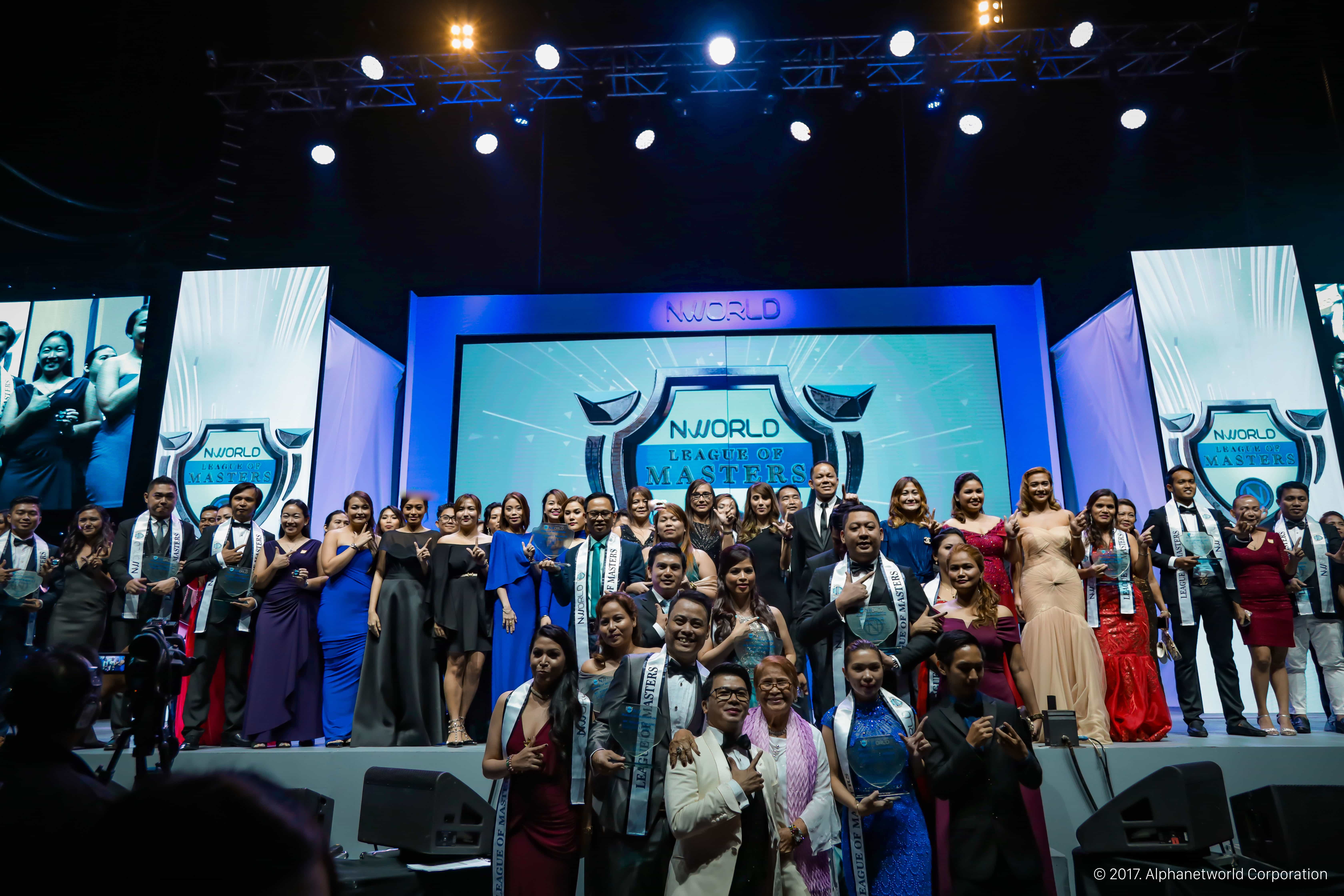 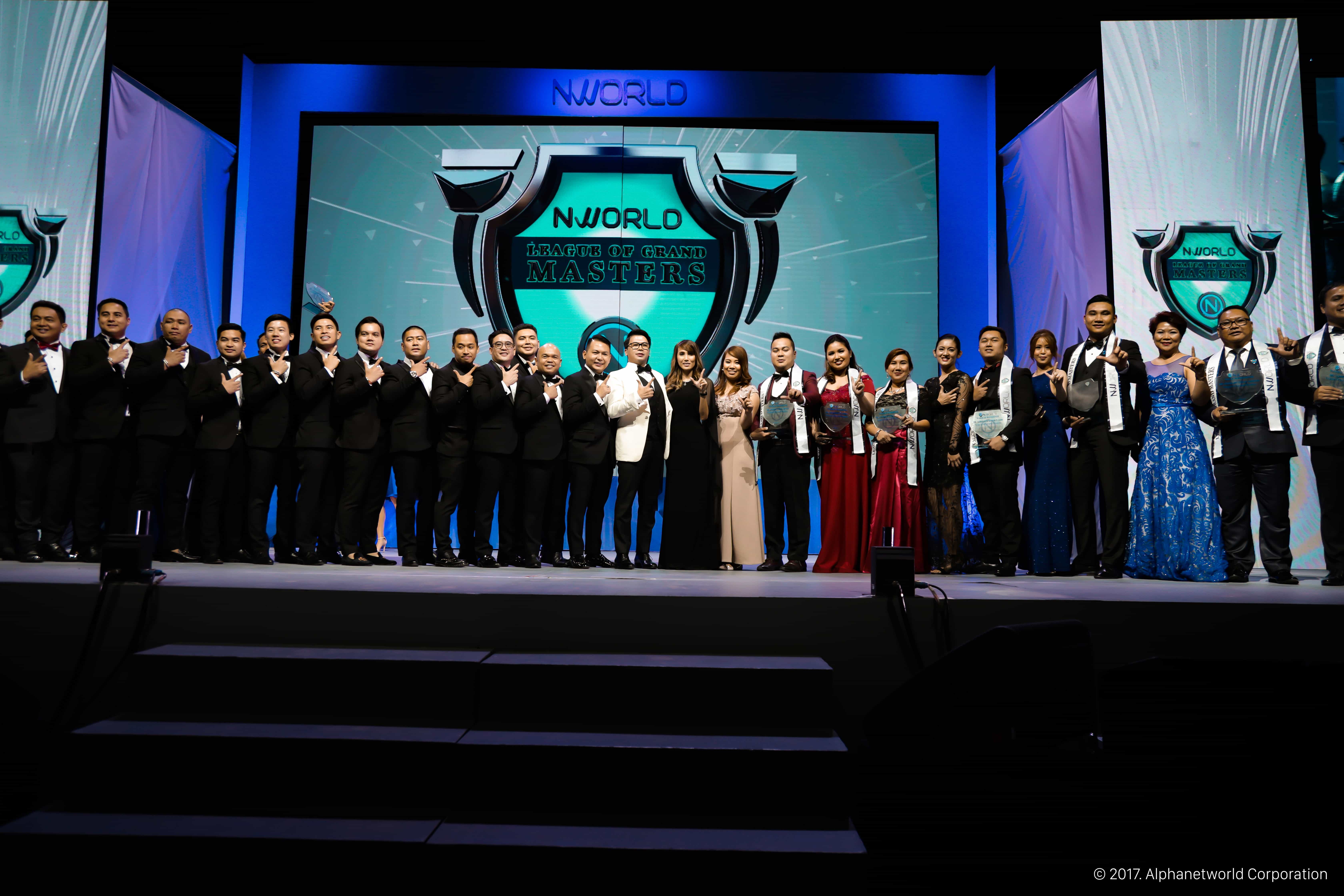 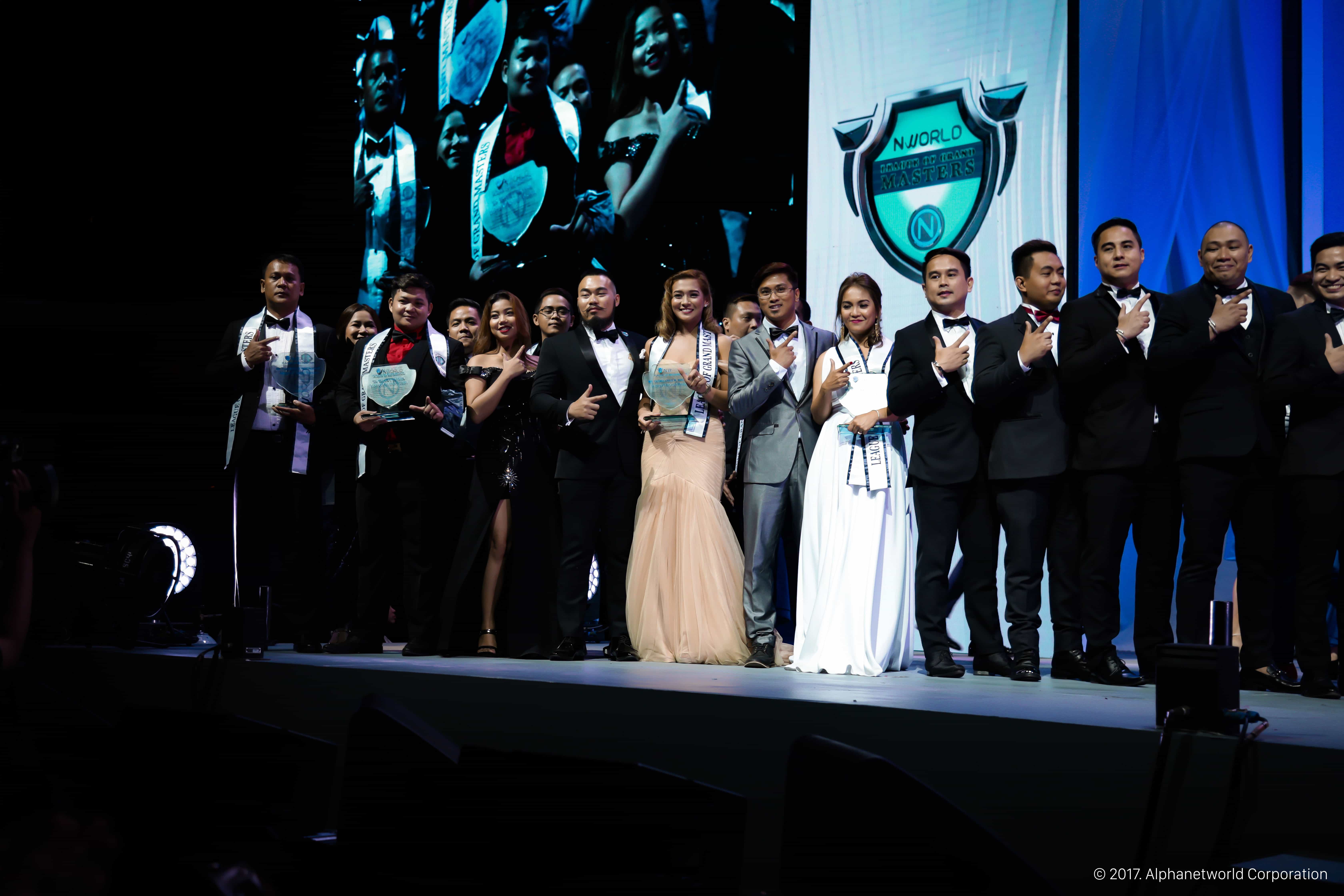 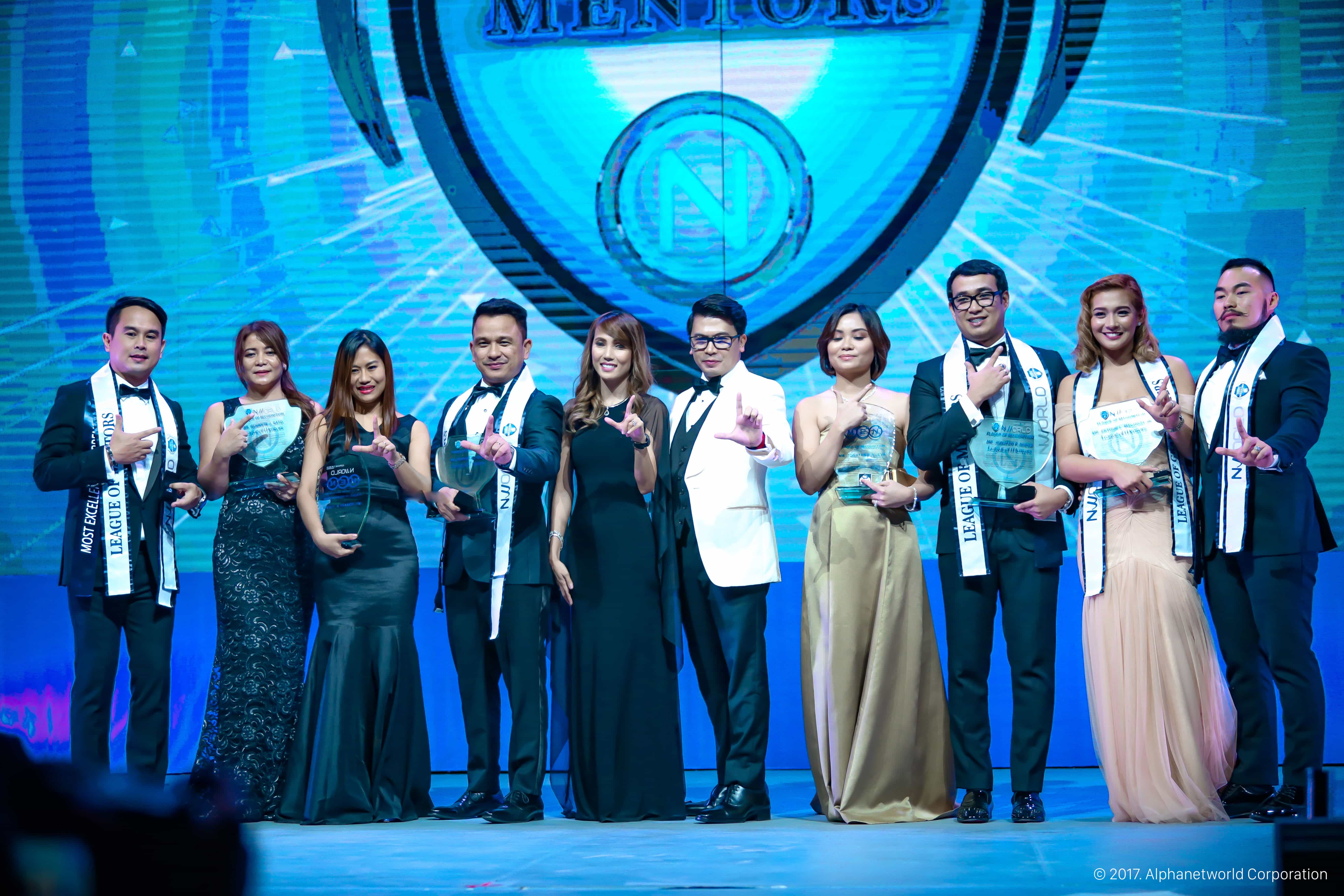 It is proven that NWORLD loves to give rewards to Ntrepreneurs. Just last May 2017, the awardees of M.E.N. (Most Excellent Ntrepreneurs) and S.E.A.S. (South East Asian Summer) Travel Incentive explored the beauty of Bali, Indonesia. And to share the fun and spread the “NWORLD difference”, we gave a glimpse of the Bali Travel with the video specially made to encourage Ntrepreneurs to hustle hard. 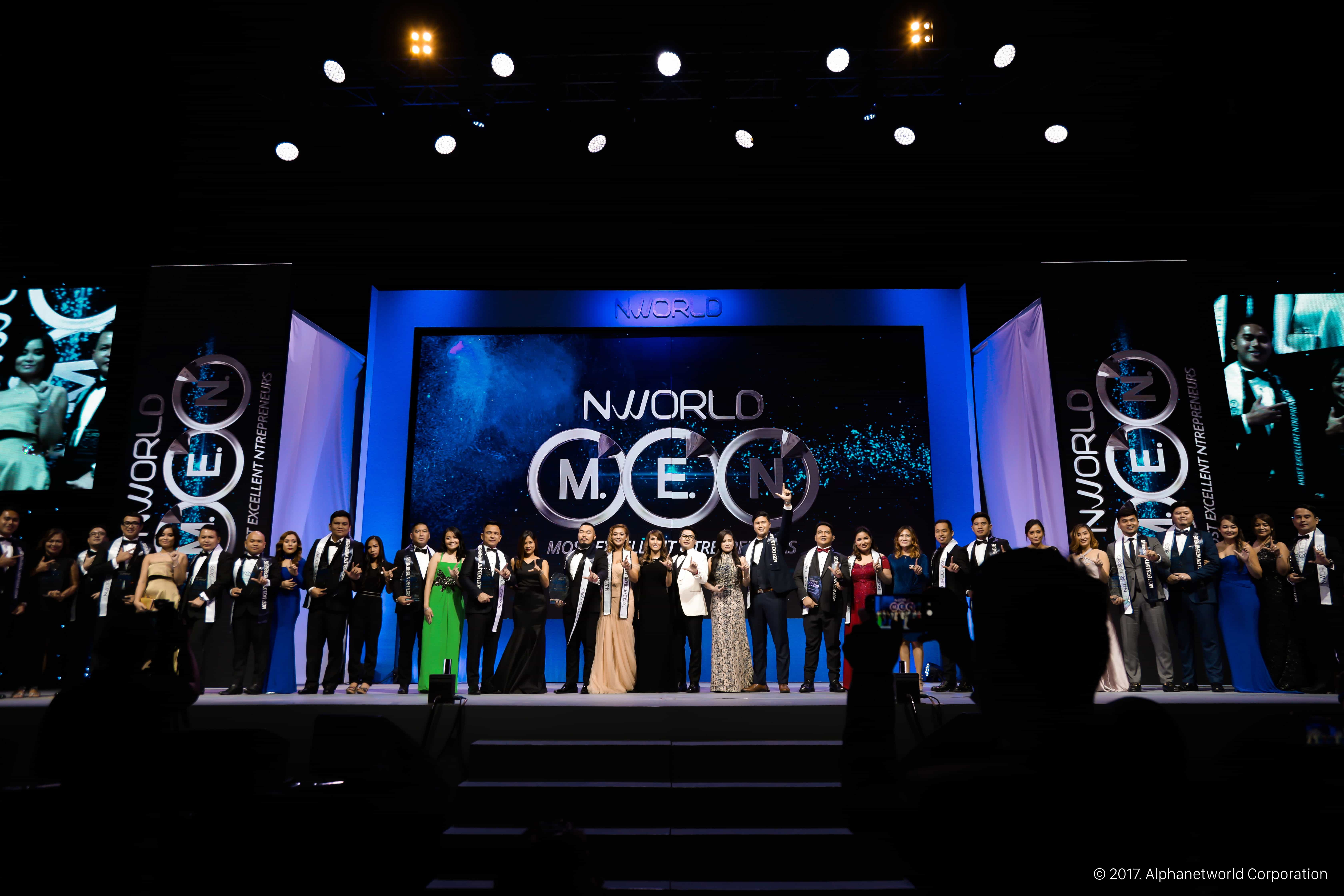 And the moment everyone had been waiting for has arrived! The most awaited part of the event — THE BIG REVEAL for THE NEW CREATIONS FOR NSPIRATION. Loud cheers, intense excitement, delight, and overflowing emotions of the Ntrepreneurs filled the Smart Araneta Coliseum. Unveiling started with NBODY weight management line which will inspire and help you achieve healthy weight management. It includes four of the new Nspiring products such as the NBODY Coffee Mix, NBODY Green Juice, NBODY L-Glutathione, and NBODY Body Gel in which each one of these new creations were one by one presented to the Ntrepreneurs with huge mock-ups and Audio-Visual Presentations. Next was the NCHĀNT skin care collection, our new skincare product line used with scientific formulation that creates NCHANTing results. It includes NCHĀNT Lip Cream and NCHĀNT Gold Mask. 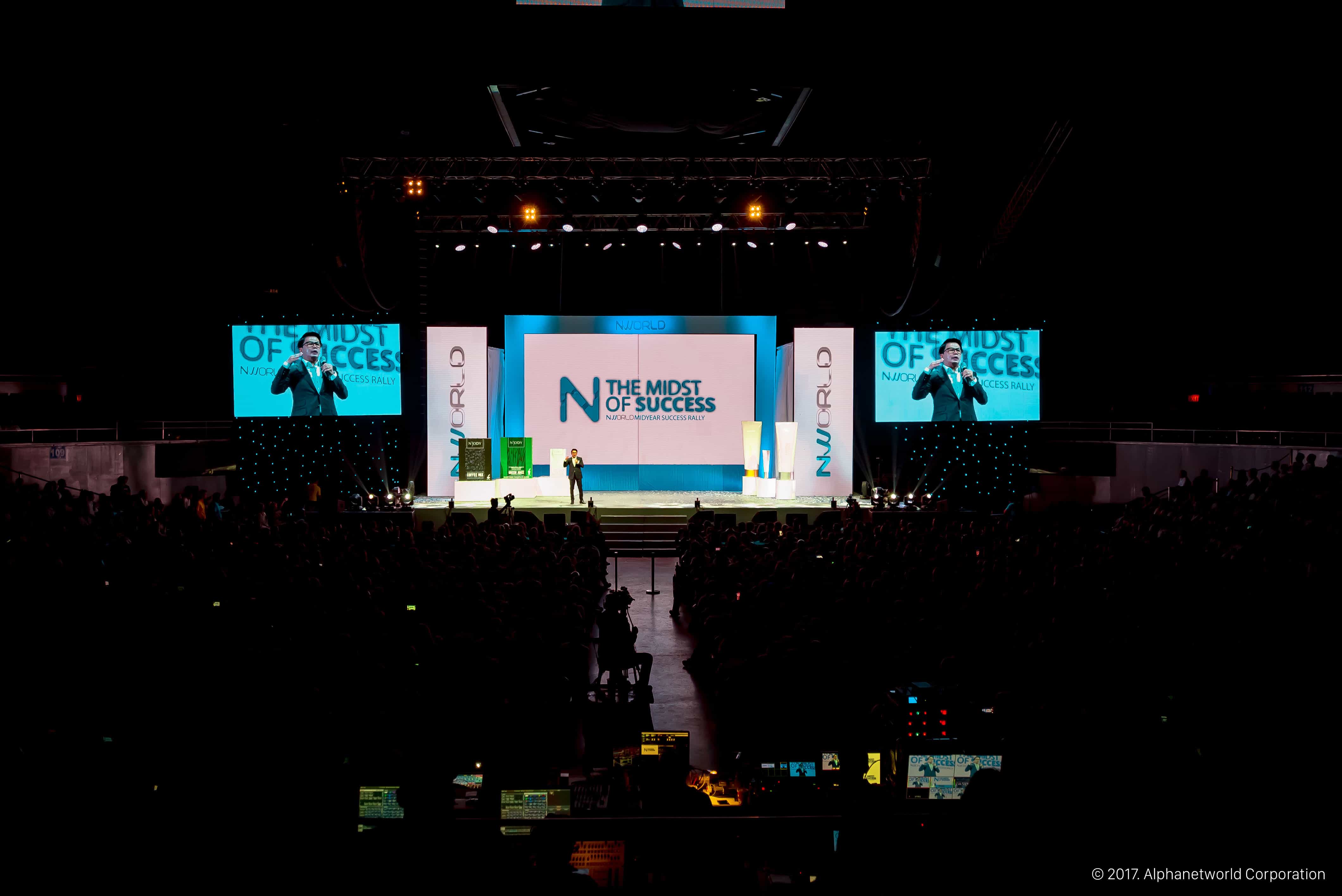 President Juluis Allan G. Nolasco, once again, made the crowd aggressive with his huge announcements as he said, “I will not leave you without giving you something more.” And what’s even more exciting is his announcement that the new products will be available the next day, July 30, 2017. In addition, he revealed the location of the very first NWORLD international subsidiary — the NWORLD Dubai, UAE as well as the first big NBO (NWORLD Business Orientation) at the H Hotel, Dubai, UAE. He shared to everyone in the venue, “Kapag nasa tamang kompanya ka, yung sipag at tiyaga mo, may patutunguhan.” And added with humility, “I came here to prove that I can always create without destroying others because we are given ability to create something great.” Just as we know his goal to uplift the industry, he said, “I want to lead this industry because I want to take it to a whole new level.” He encouraged everyone in the venue to add more fuel by saying, “Kung andyan ka, okay lang yun. What matters are the times you go up and get your dreams in life. Go out there and make your life, your family, and others. And NWORLD will keep doing things for the betterment of our country, not only for our Ntrepreneurs.” 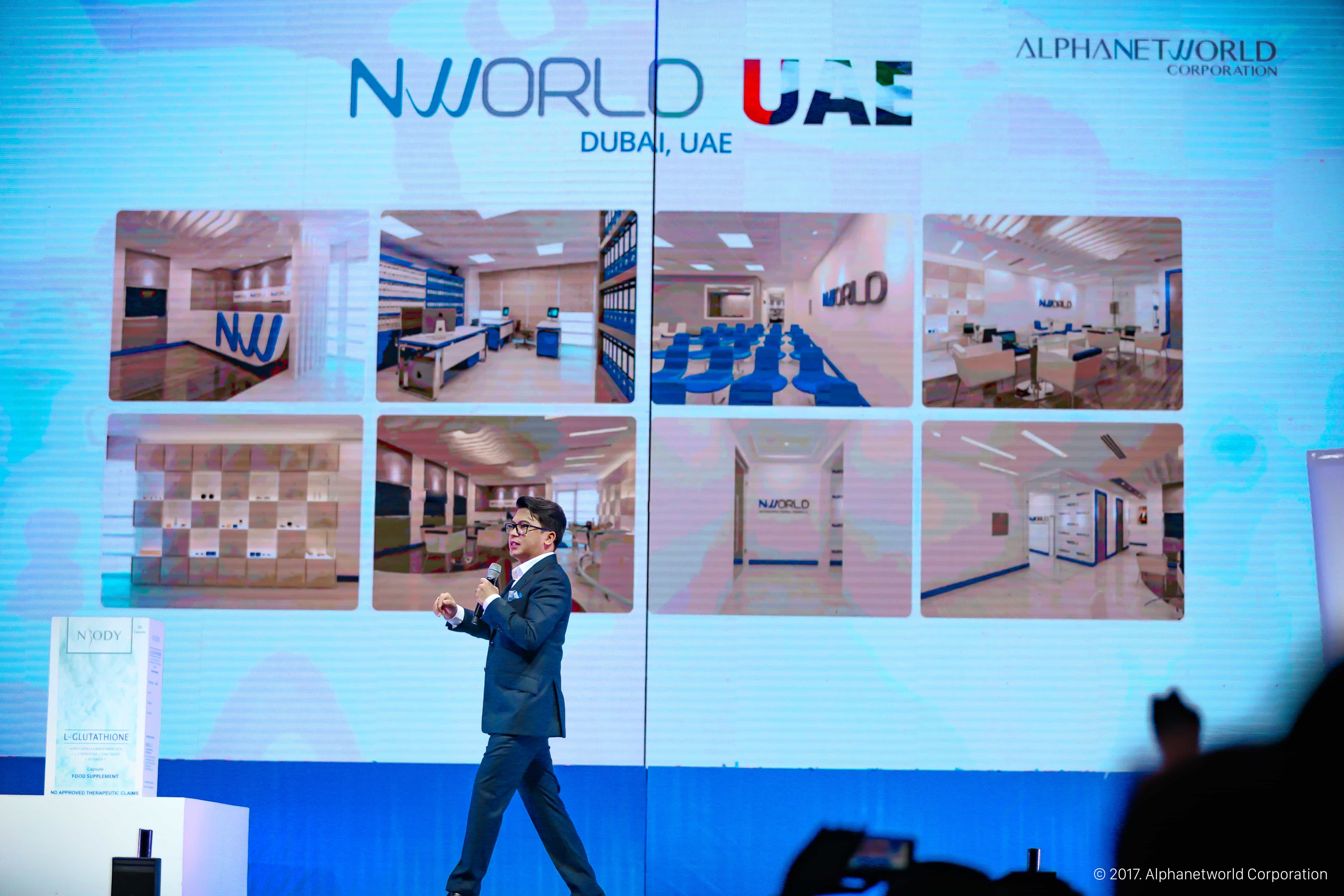 Ntrepreneurs left the venue burning and excited for the new breathtaking experiences that has yet to happen and life lessons that they will treasure for as long as they live. President Juluis Allan G. Nolasco’s meaningful lines, “NWORLD is already made. Sasabay ka na lang sa agos.” inspired them to keep their NWORLD business growing and to never stop even in the midst of success. 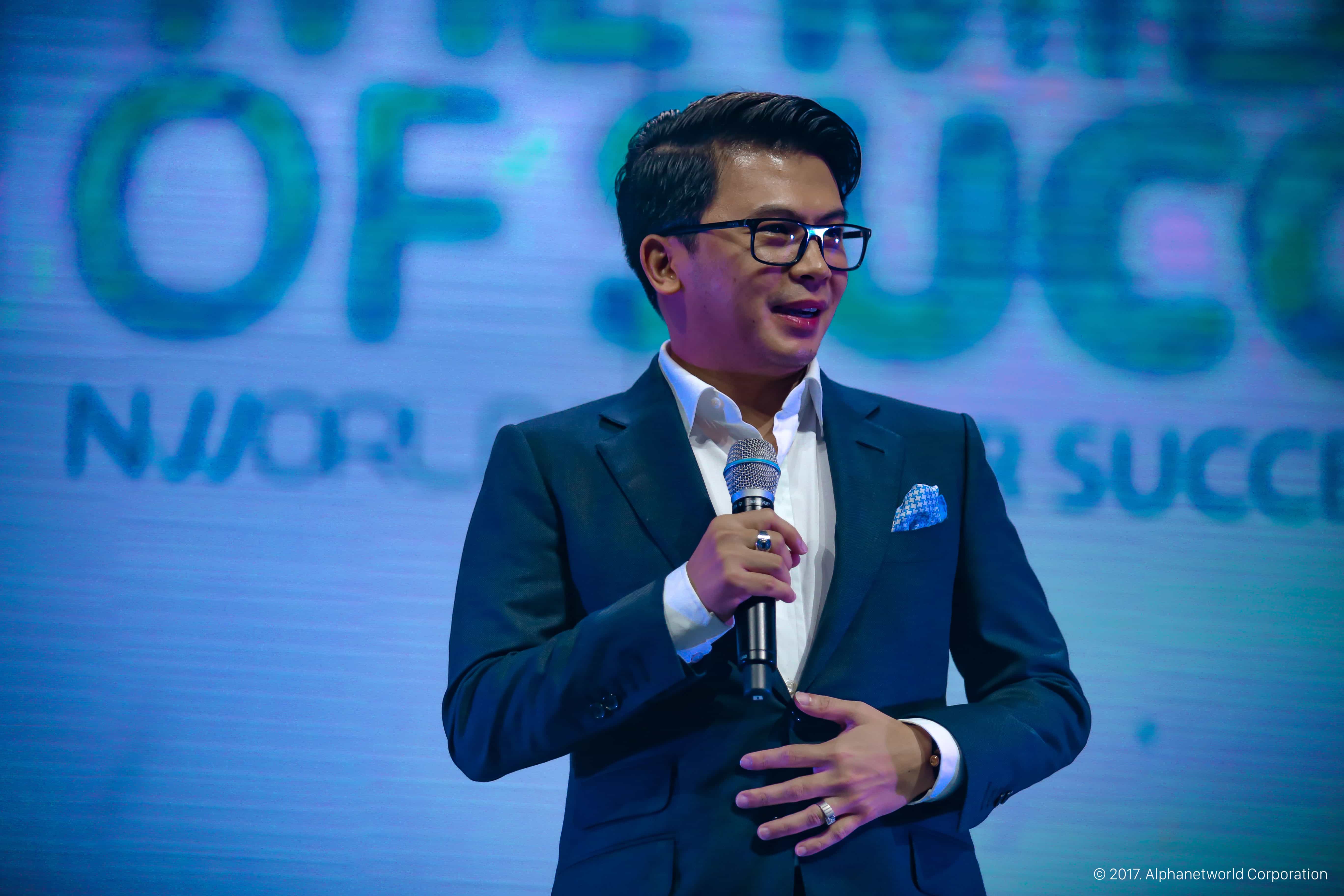