NWORLD values Ntrepreneurs who have shared their invaluable knowledge, skills, and greatness in the business by giving them not only awards and rewards, but also fun and exciting experiences and entertainment such as the Above N’ Beyond: Champions’ Party last July 30, 2017 at Shangri-La at The Fort, especially for the outstanding Ntrepreneurs who were recognized from N the Midst of Success: NWORLD Midyear Success Rally. It was a night to celebrate the achievements of these exceptional Ntrepreneurs and the release of the new creations for Nspiration. 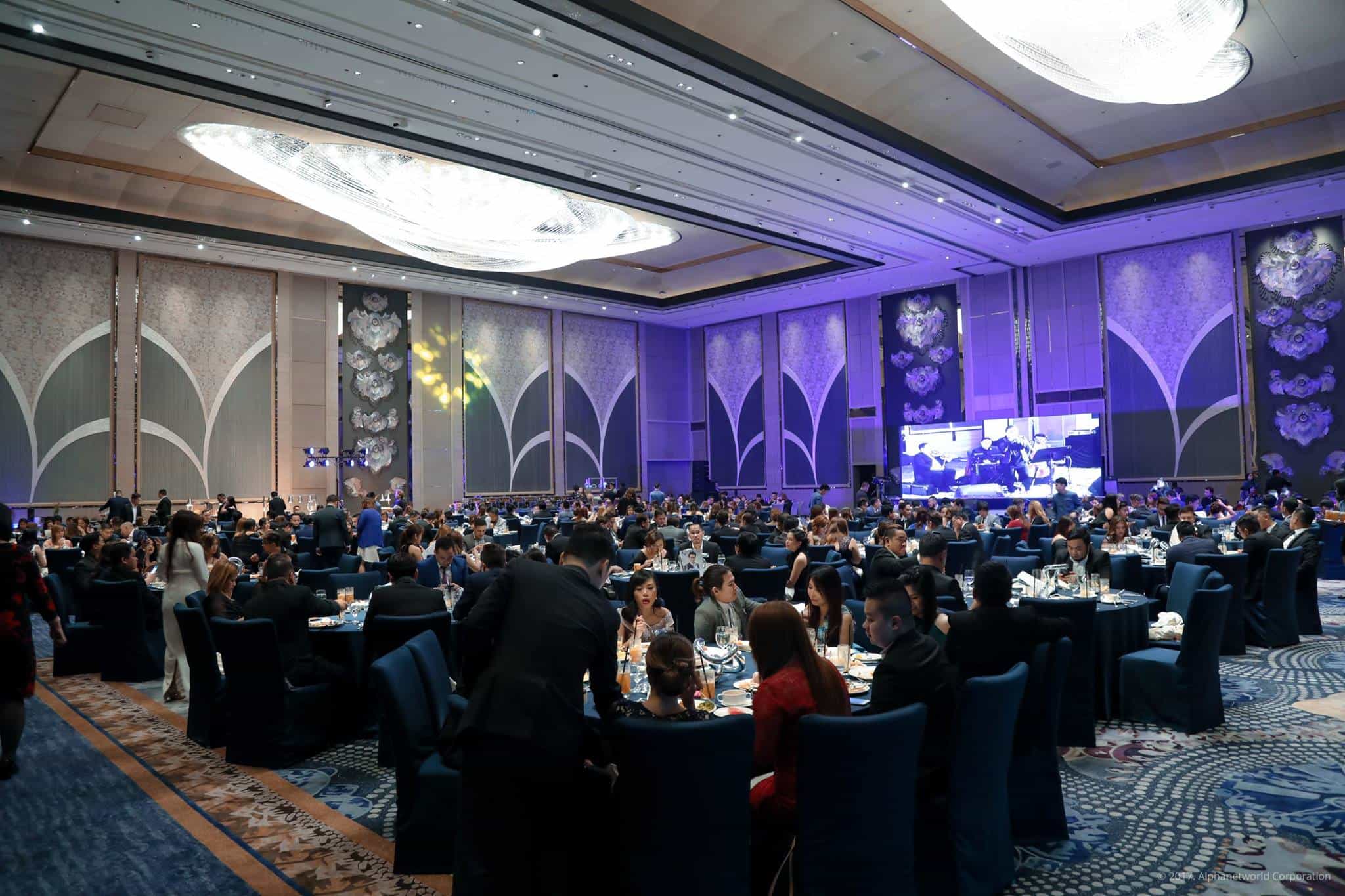 The night began with a surprise from the registration booth where each of the attendees were given a copy of the newest volume of corporate magazine, the NFINITY VOLUME 3. From the dinner where they were given fine foods and spirits associated with wonderful performance from the Quartet, you can already feel their excitement to party and drink the night out. 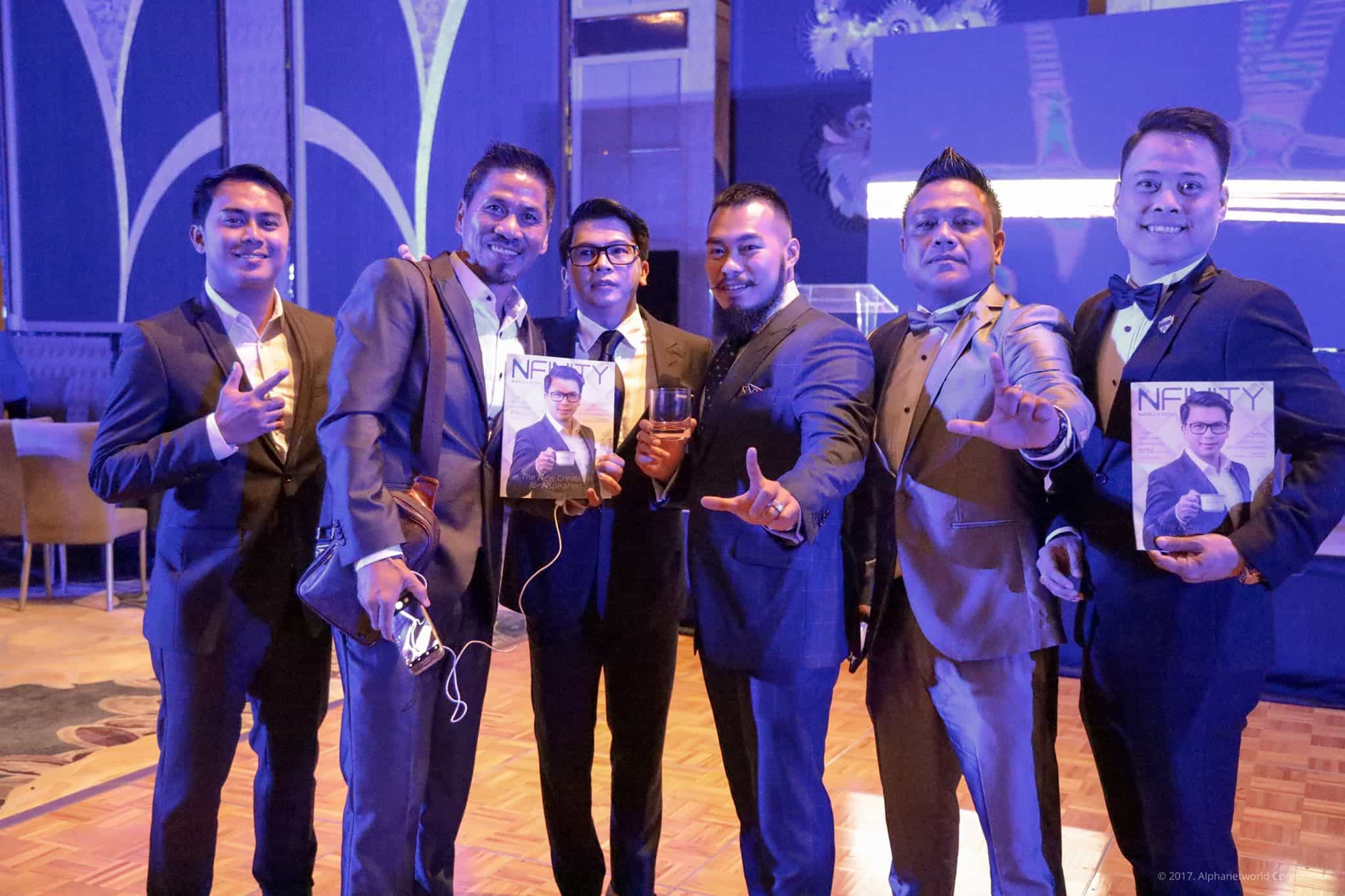 Turning the event into a more exciting night, the Ntrepreneurs were the ones who gave welcome remarks. Mr. Arthur Macogay was the first to conquer the stage with his congratulatory message to all of the outstanding Ntrepreneurs and to thank everyone in NWORLD for making things possible. Before taking off the stage, he left a meaningful message to everyone in the venue with his precious lines “Ito po yung panahon para mas lalo nating sipagan. I-times ten natin yung ating trabaho o pag-hustle. Senyales ito na kayang kaya natin basta sama-sama tayo.” With our new creations for Nspirations, it is definitely true that we can and we will capture the MLM industry.

Next to give his message was Mr. AJ Liao who always look forward for freebies during events such as the NFINITY magazine. He shared how he takes good care of these freebies as his collections for future endeavors. He also congratulated the great Ntrepreneurs who are part of the League of Excellence and thanked them for their hard work to bringing the company to greater heights, and for being the champions of NWORLD. 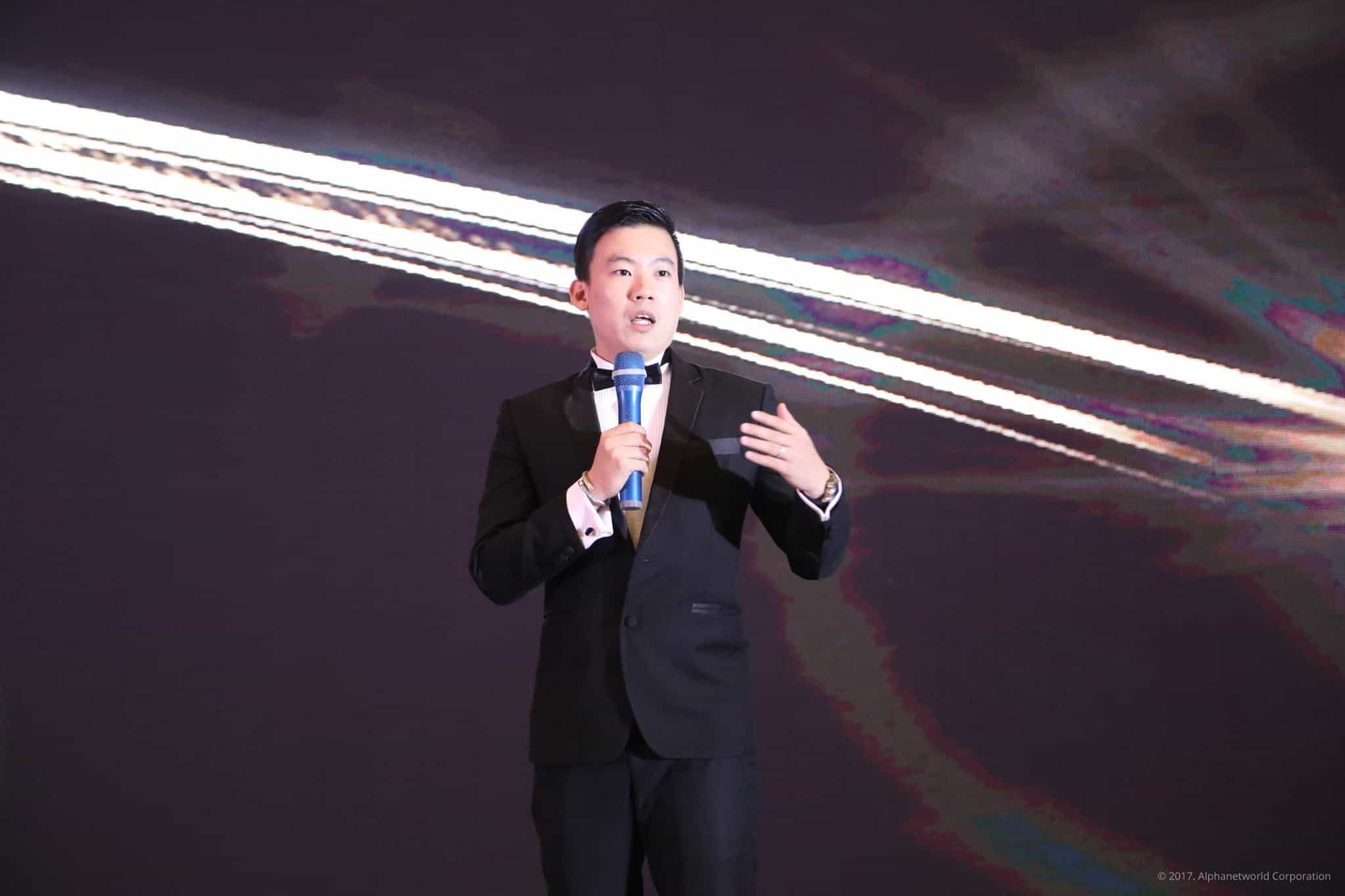 Thankful for NWORLD and overwhelmed with the things and changes in his and others’ lives, Mr. Jerome Cruz appreciates and enjoy how dynamic the company is which makes it greater sooner than expected. 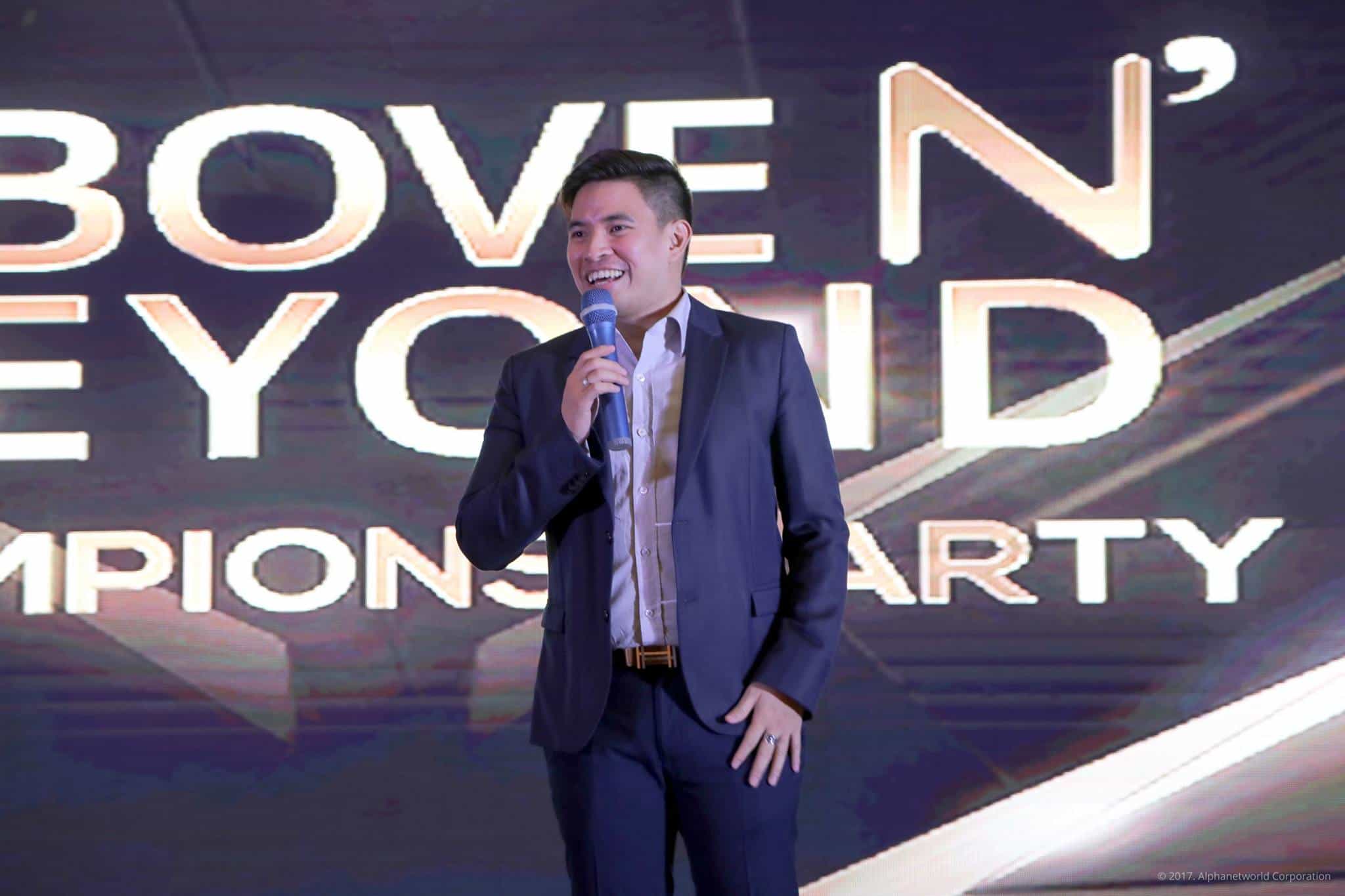 With her testimonials about the new products, Dr. Pauline Carvajal first salutes the Ntrepreneurs who attended the event considering a spot in Above N’ Beyond: Champions’ Party is earned and not given. And excited for the others to try the new products, she shared her and her husband’s experiences with these wonderful creations which made the crowd more excited to try and get amazed. 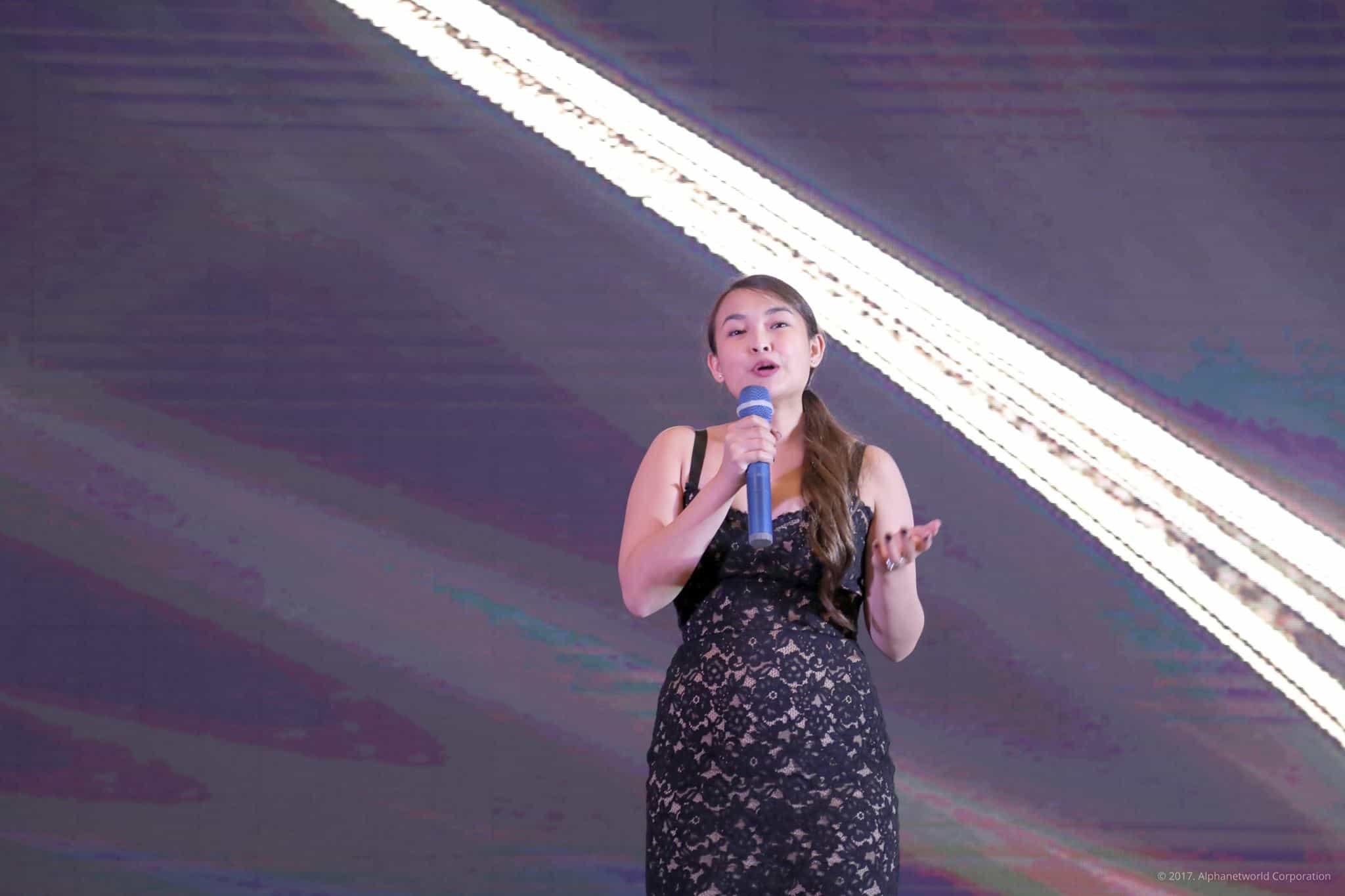 Following his wife on stage, Mr. Lean Carvajal shared his passion and visions for his NWORLD business. From his belief that all success are earned, he congratulated all Ntrepreneurs in the venue saying that they were in that event hall because that they earned it as we know that most of the attendees were awardees from last night’s event. 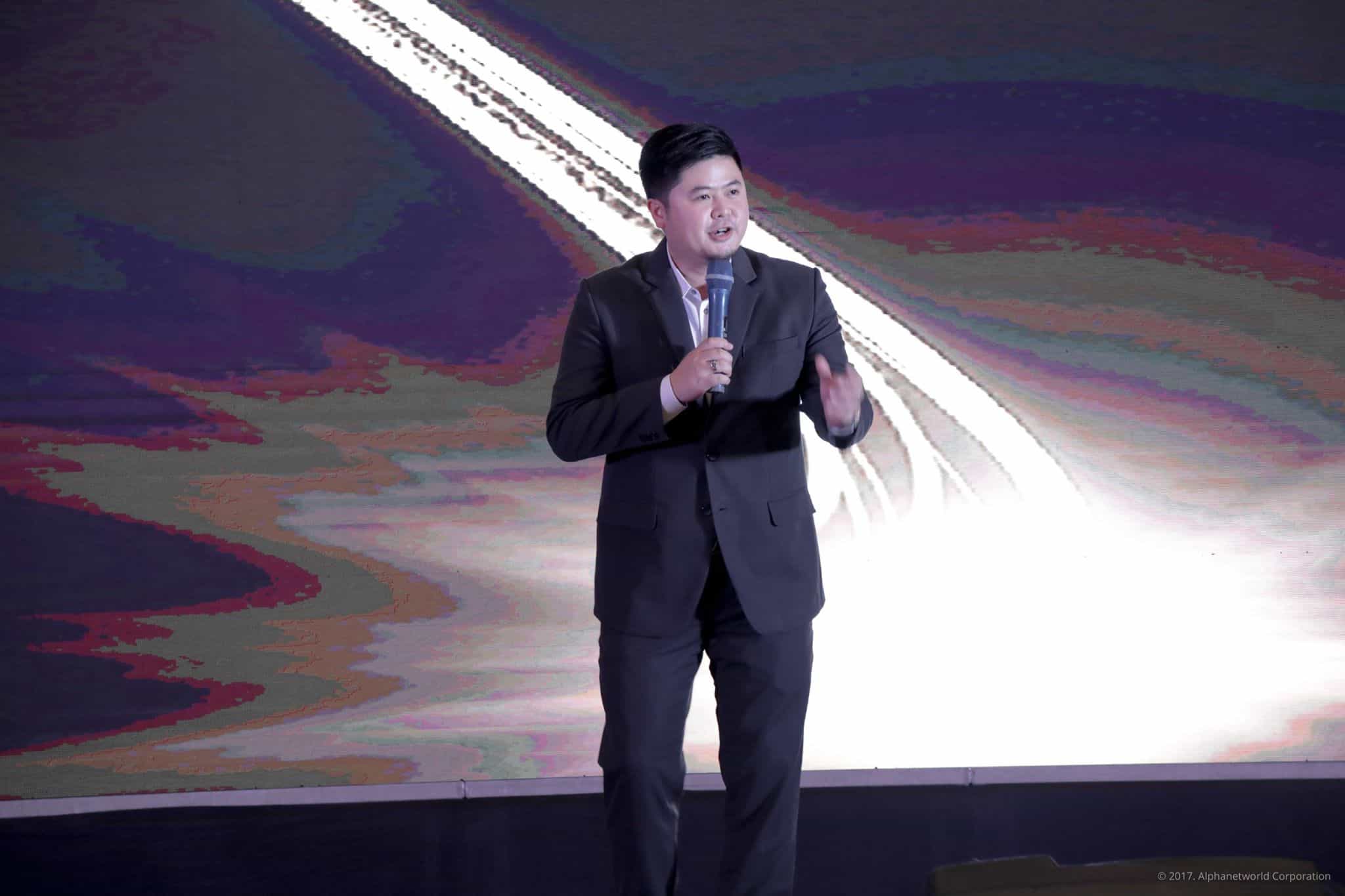 For Mr. Gerard Terence Rodriguez, we must always be as motivated and hardworking as our day one in doing the NWORLD business. Why? “In NWORLD, we don’t accept the best, we make them.”, he uttered. N the Midst of Success was a phenomenal night for all Ntrepreneurs and they were gathered that night because they all worked hard for it. 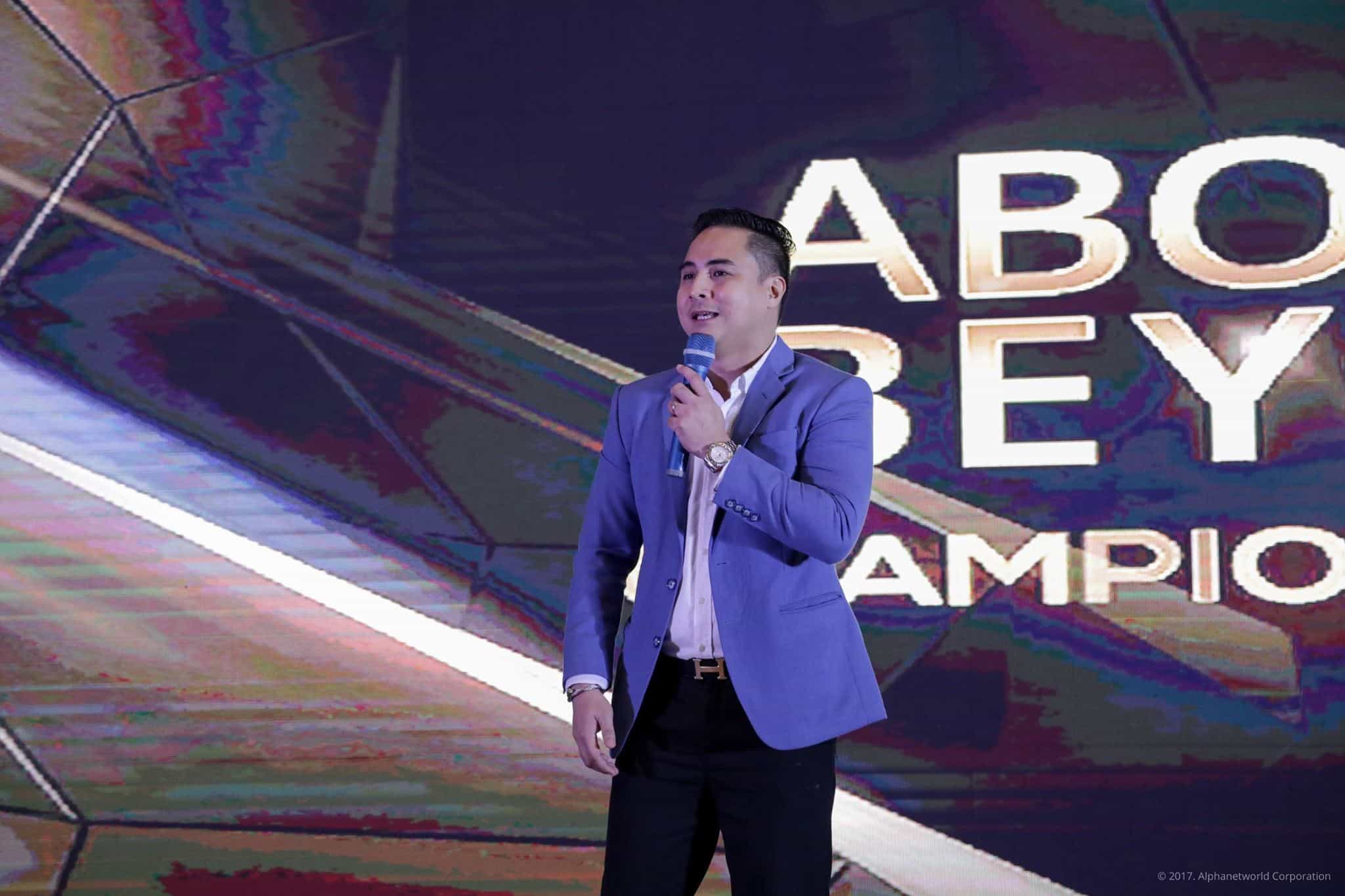 In his speech, Mr. Edcel Denny Flores advised the Ntrepreneurs to keep an eye and stay beside their mentors for them to not get lost in the midst of success. Make them one of your inspirations to constantly seek for success. 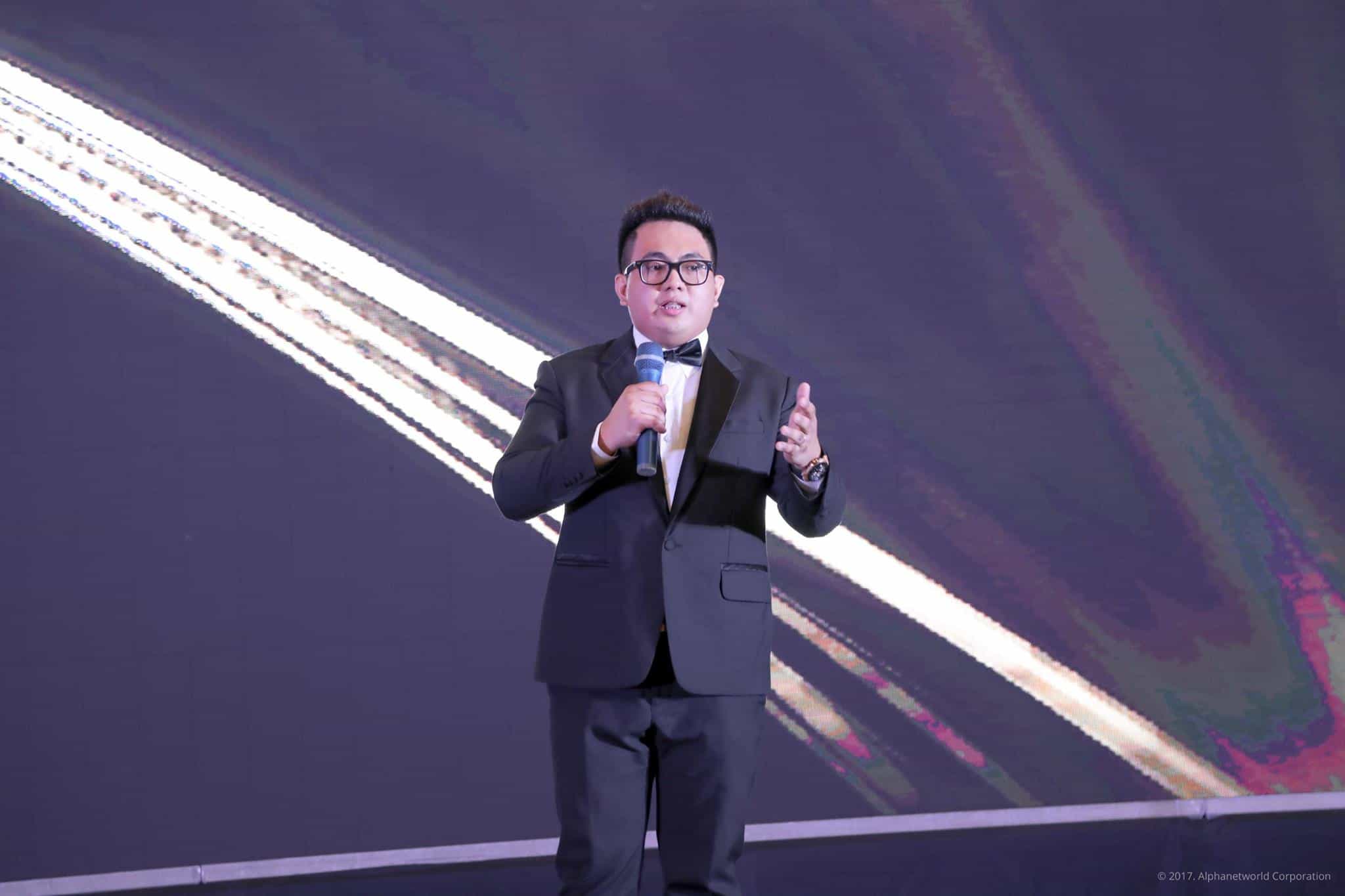 Another speaker was Mr. Ian Ocampo who started to join network marketing in a young age, yet he never experienced the kind of success he is experiencing now with NWORLD. In his speech, he recognized the greatness of President Juluis Allan G. Nolasco for having an extraordinary mind to think of strategies to uplift NWORLD and the entire MLM industry. He said, “NWORLD would be the very first MLM company na gagawa ng mga bilyonaryo.” And we know that it is not impossible as NWORLD is constantly seeking for the best. 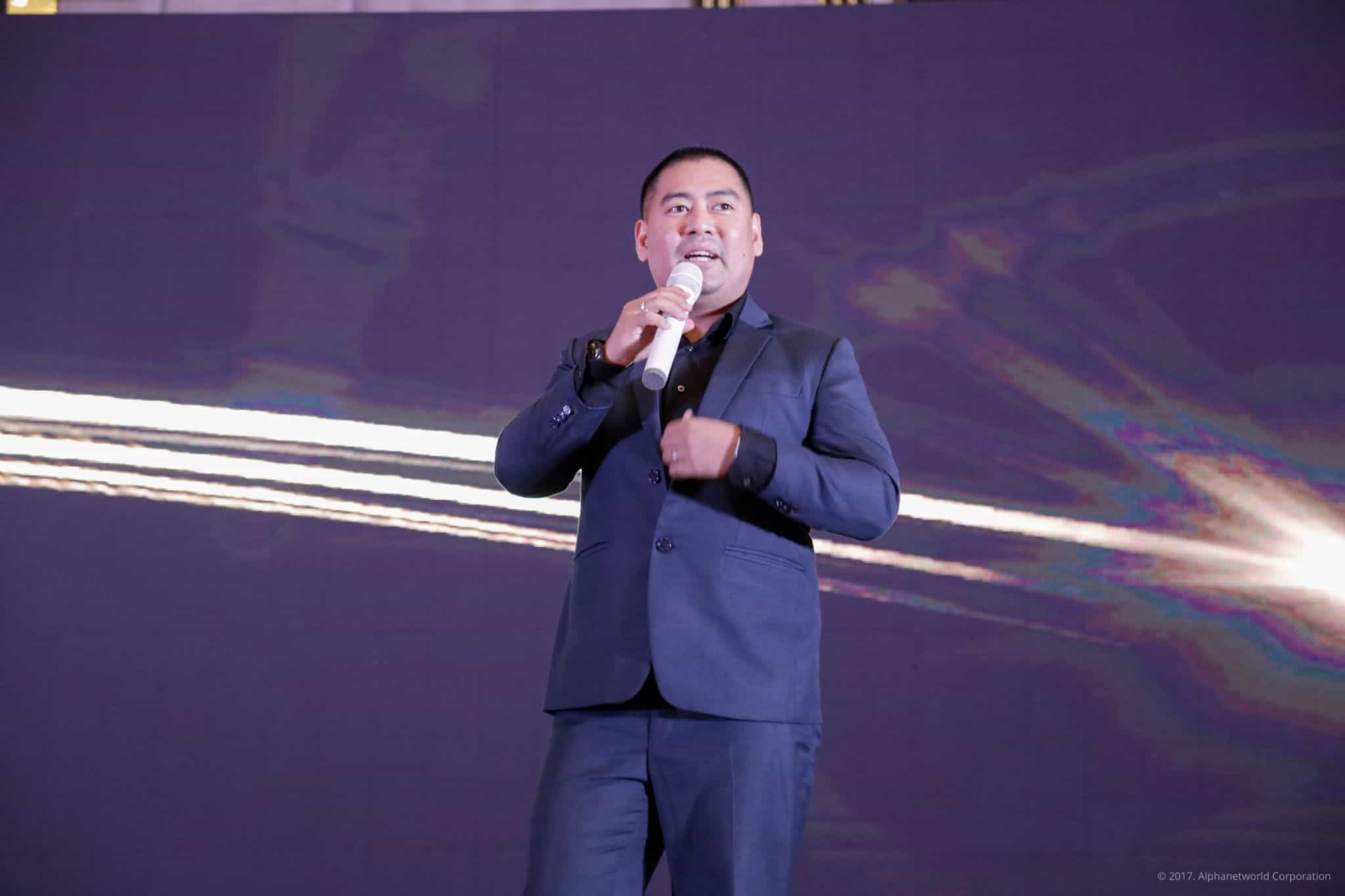 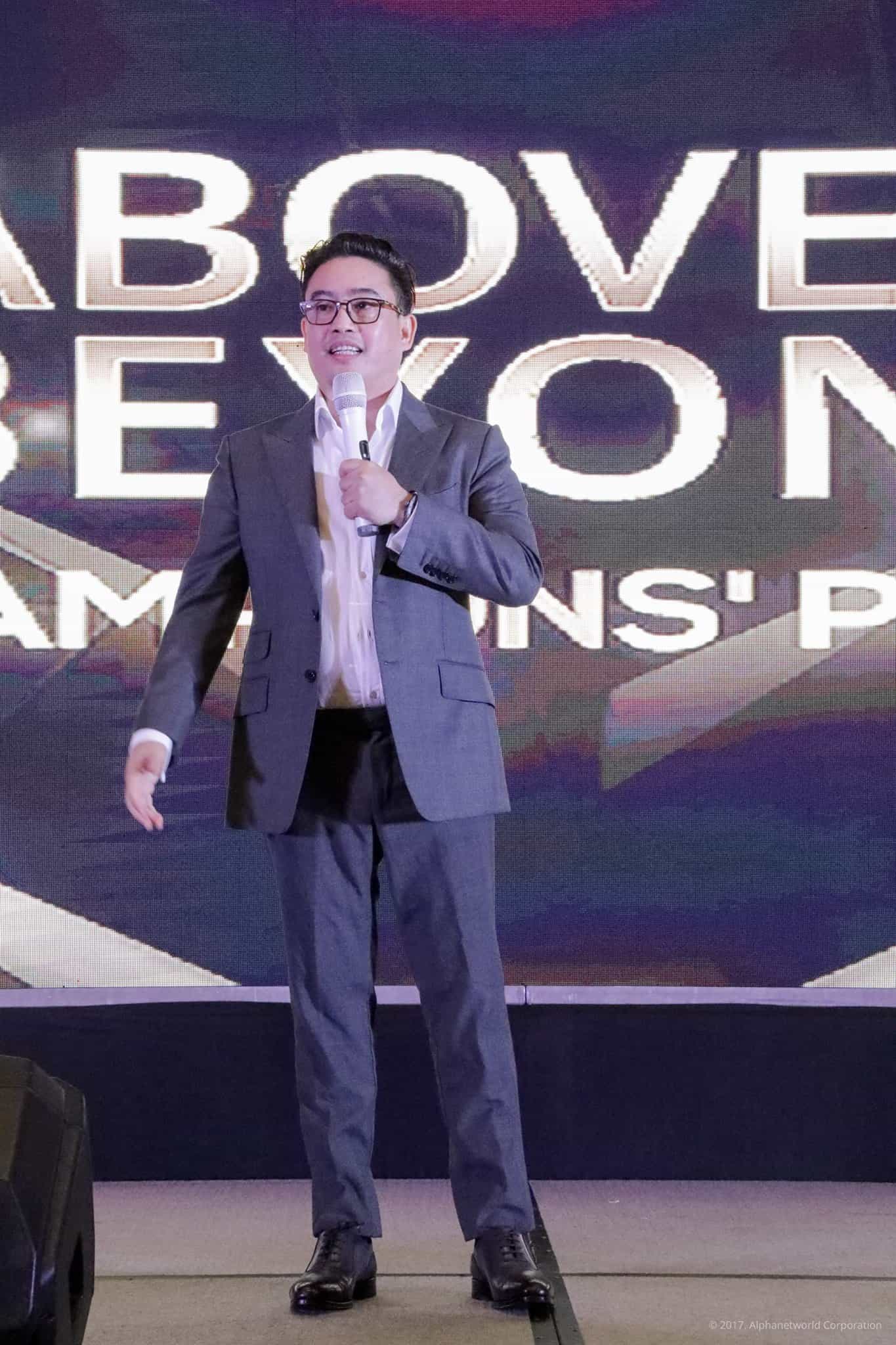 Mr. June Paolo Nolasco discussed the NWORLD difference; how and why NWORLD is one-of-a-kind. He uttered, “Centuries will come, this company will not be replicated.” He even gave recognition to his brother, President Juluis Allan G. Nolasco, by saying “Yung mga bagay na kahit maliit lang, pinagbubutihan niyang gawin kasi para sa atin yun.” And encouraged the Ntrepreneurs to get rid of all the hesitations. He said, “Kung may hesitation ka pa, tanggalin mo na yan kasi hindi ka papayamanin niyan. Ang magpapayaman sayo NWORLD at ang hataw mo.” To end his speech, he asked everyone to get ready to conquer the world as we are now starting to do it with our NWORLD Dubai, UAE. 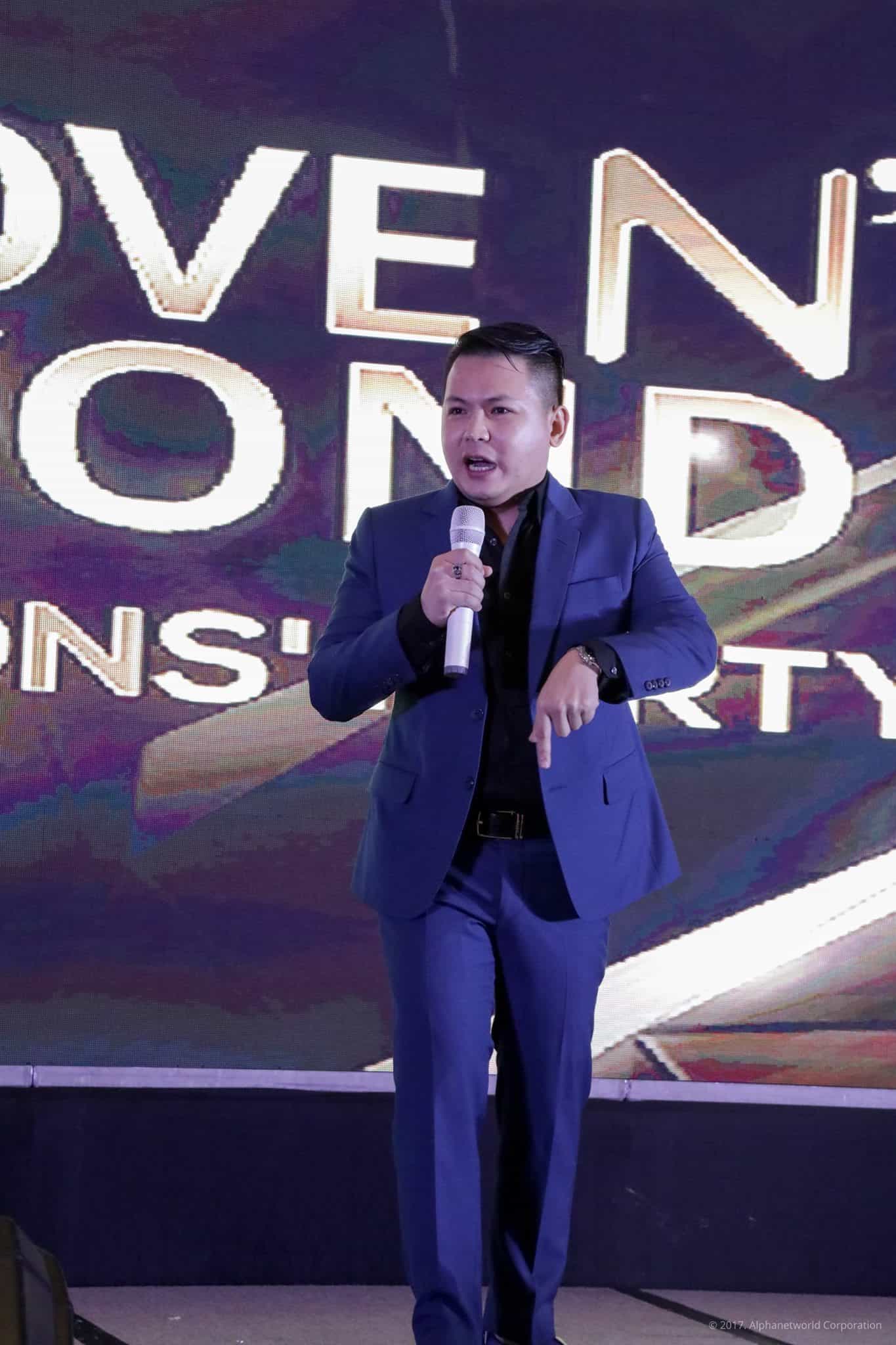 As part of the celebration, Ms. Josarah L. Nolasco with the ladies of NWORLD conducted the first ever product demo for the new creations for Nspiration in front of the Ntrepreneurs. Everyone paved their way in front of the stage to look and observe how these new wonderful products are used. 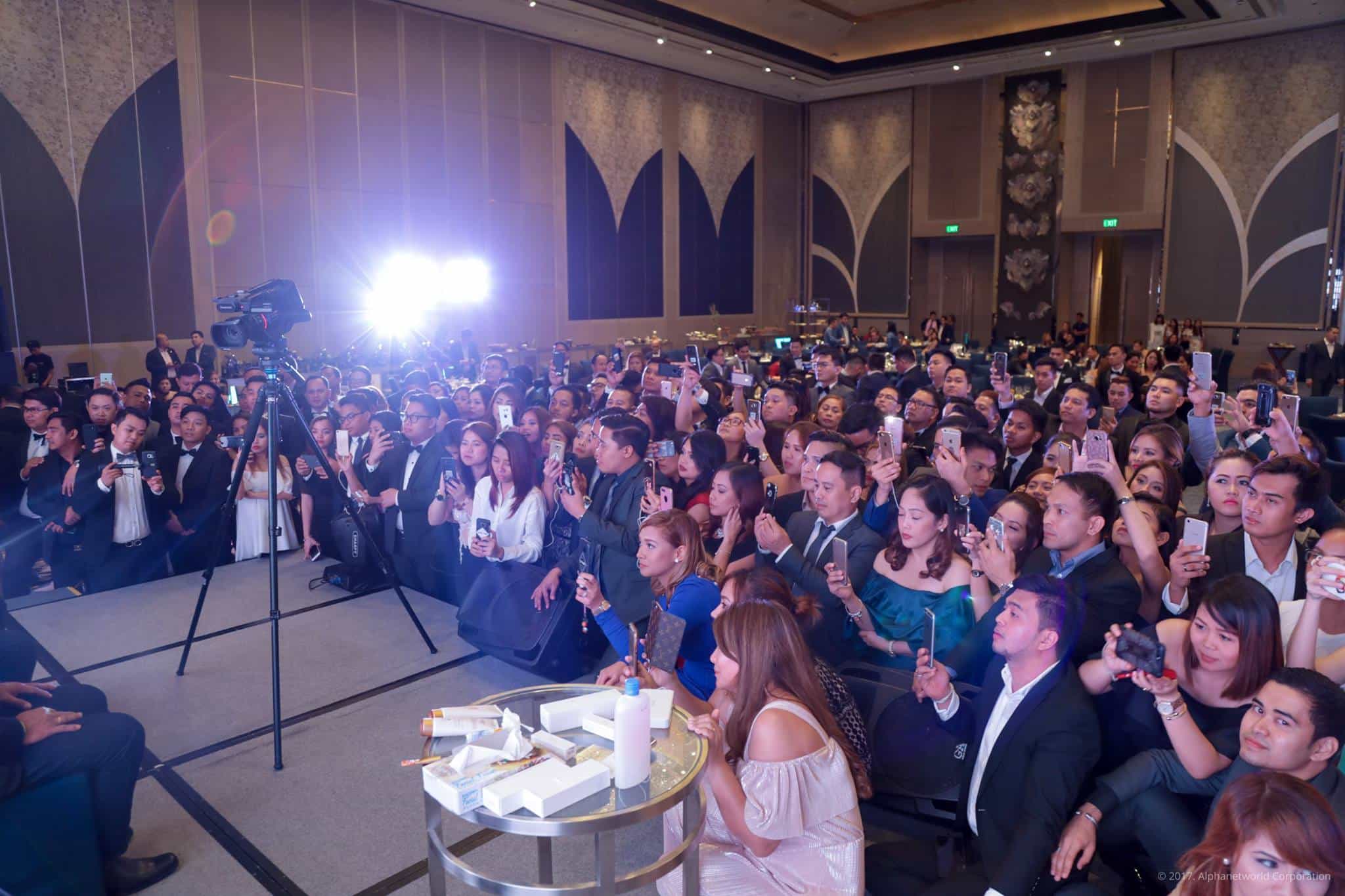 The event will not be complete without the entertaining games and performances from the amazing APEX Crew which includes Mr. Angelo Galang, Ms. Angel Serrano, Mr. Max Alverio lll, and Ms. Patricia Villanueva who are all League of Excellence awardees, a lovely song number from Mr. Ramil Nafarrete who serenaded the attendees with his wonderful voice, and entertaining performances from the Go Girls who brought extraordinary spice to the night. 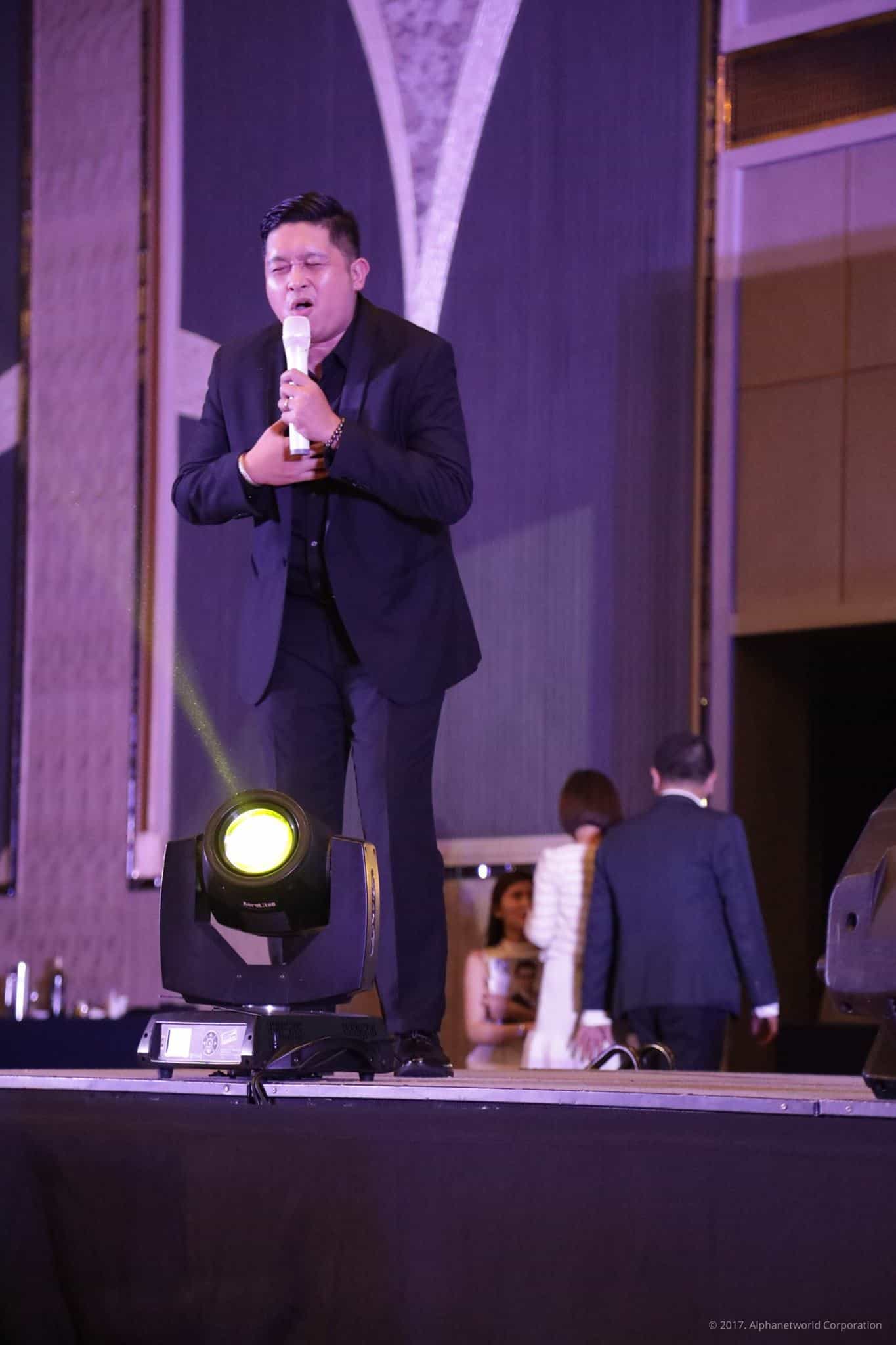 President Juluis Allan G. Nolasco acknowledged the great Ntrepreneurs who are with them in the event because they are the champions of NWORLD. Looking at the constant success of NWORLD, he shared that an auditor once told him, “Your company is a star company. This is something that must be written in the books.” because of the achievements of the company considering that it is only up for two years. He also opened up about the industry by saying, “It is about time that Filipino business people learn to respect one another. Yes, we can compete, but based on the merits and strengths. Hindi yung gagawan mo ng kwento.” He added, “Competition improves companies, but they are not supposed to be enemies. Competition is different from enemy.” We all love to compete, but what we usually miss is its real essence. 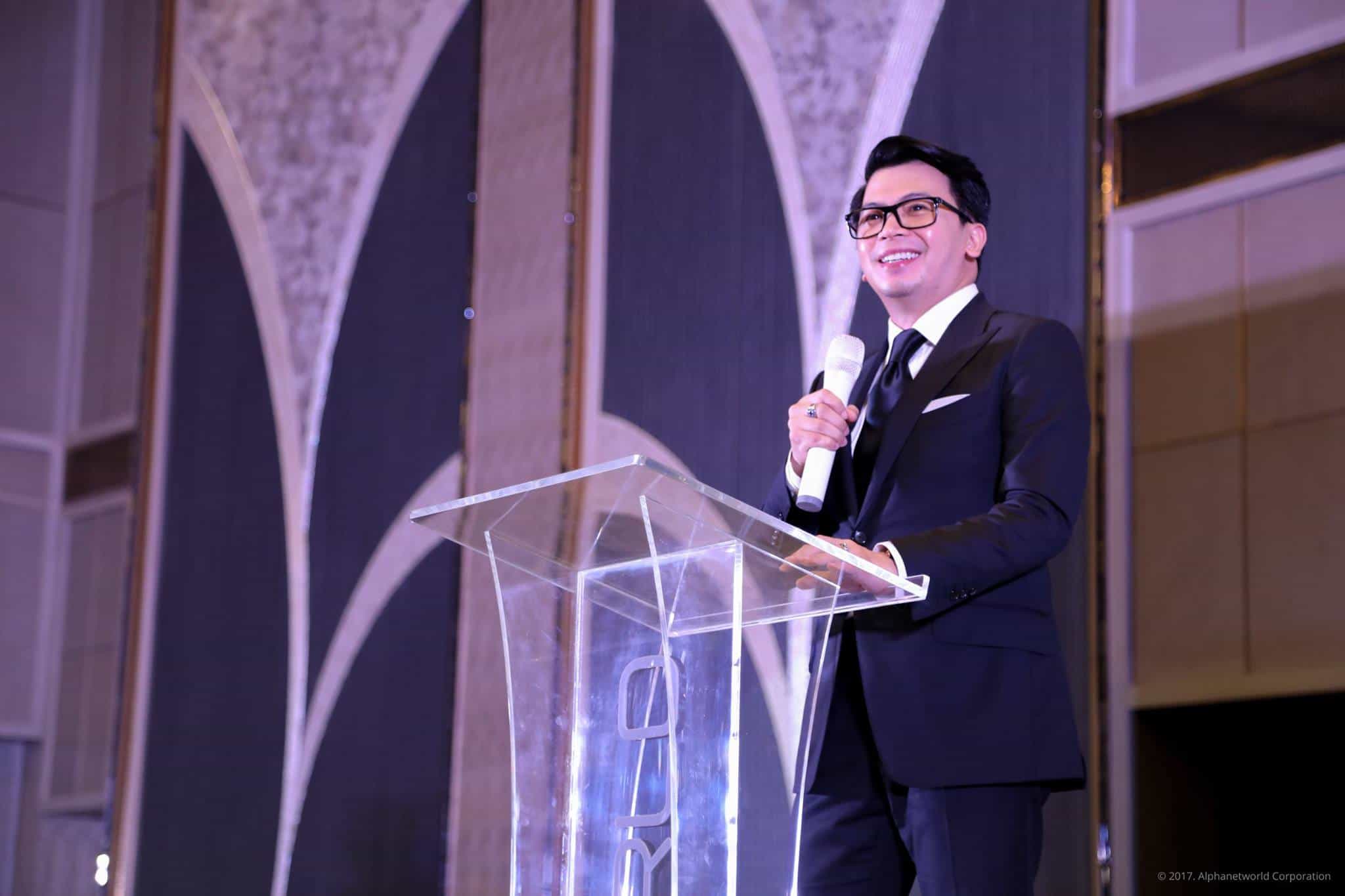 With his discussion about being rightful, President Juluis Allan G. Nolasco delivered meaningful lines such as “When you want to become a champion di ba you want to take the trophy because you deserve it, you worked hard for it?” Well, none of us wants to take a trophy or any reward which we earned from something that is not good. Continuing his speech, he shared to everyone these Nspiring lines “As we become more aggressive, committed, devoted, and ferocious, and should become more hungry for success, never forget your character. Your character will not only bring you to success, it will sustain your success, and it will bring you growth.” 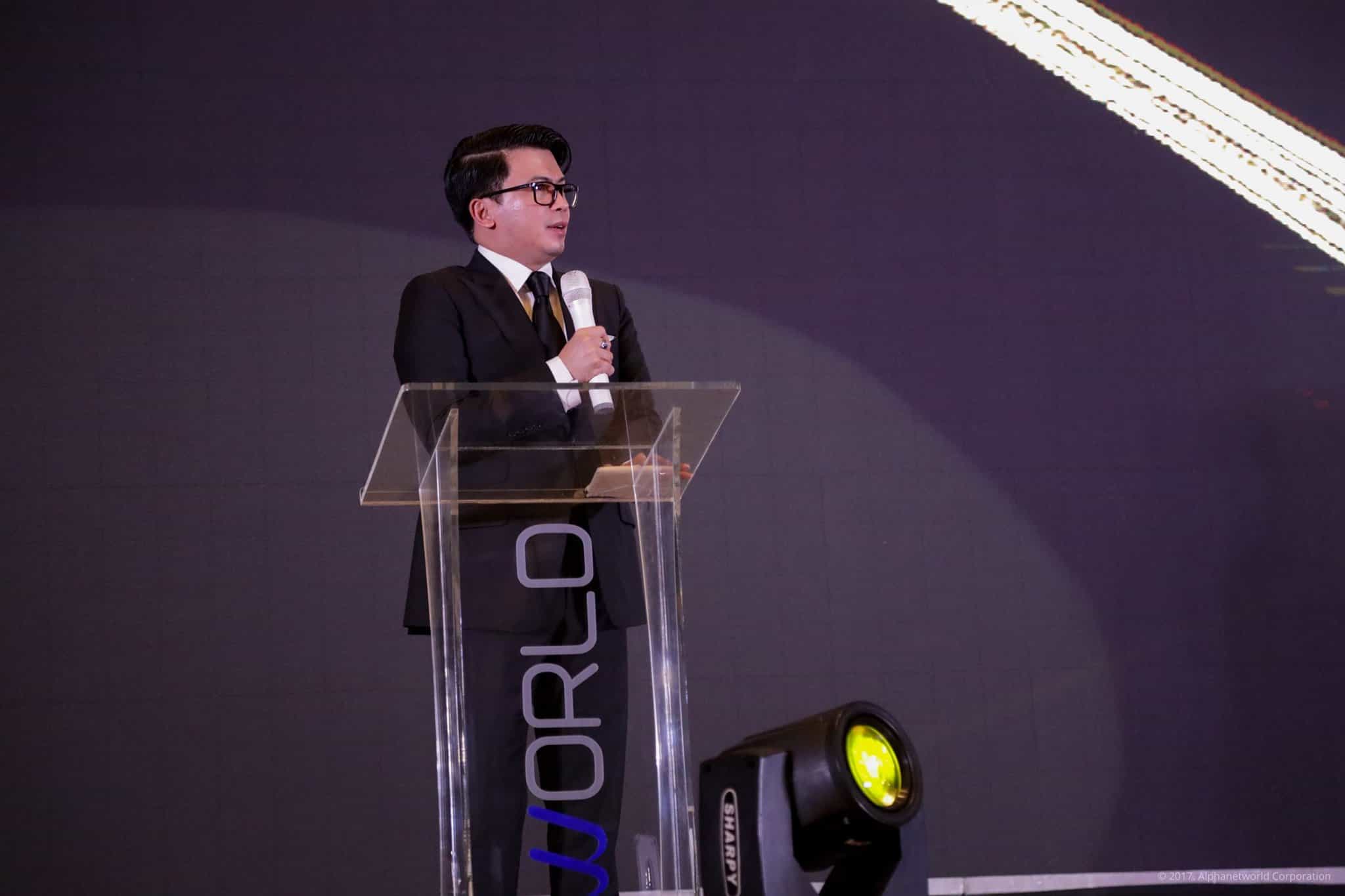 And when it comes to the topic of being right, never forget these invaluable lines from President Juluis Allan G. Nolasco, “Doing right is hard at the beginning, but as it becomes your habit and your lifestyle, it will become part of your daily life. And as they become part of your life, it feels good. You can sleep at night without any worry.” and “Being right is better than being good. That’s why NWORLD is the right company. And you are in the right company.” And just as what he always says, “NWORLD is not about me.” Aspiring to be great not for himself, but for all Ntrepreneurs who believes in him. 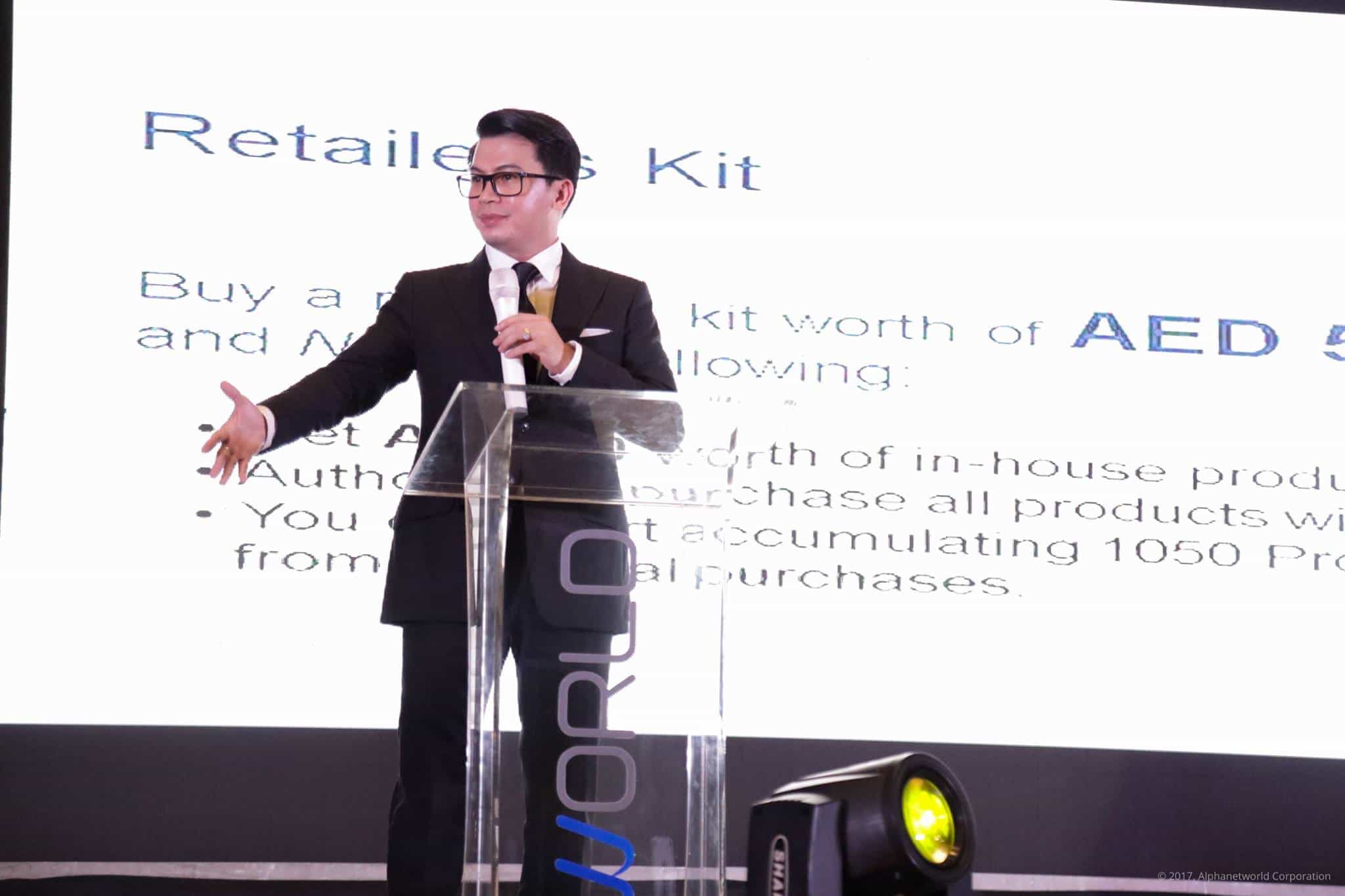 The night will not be complete without a lot of good news, and for the night, he announced the necessary things about NWORLD Dubai, UAE; and a moment to cheers with fine wines and spirits associated with upbeat music from DJ Yuki. 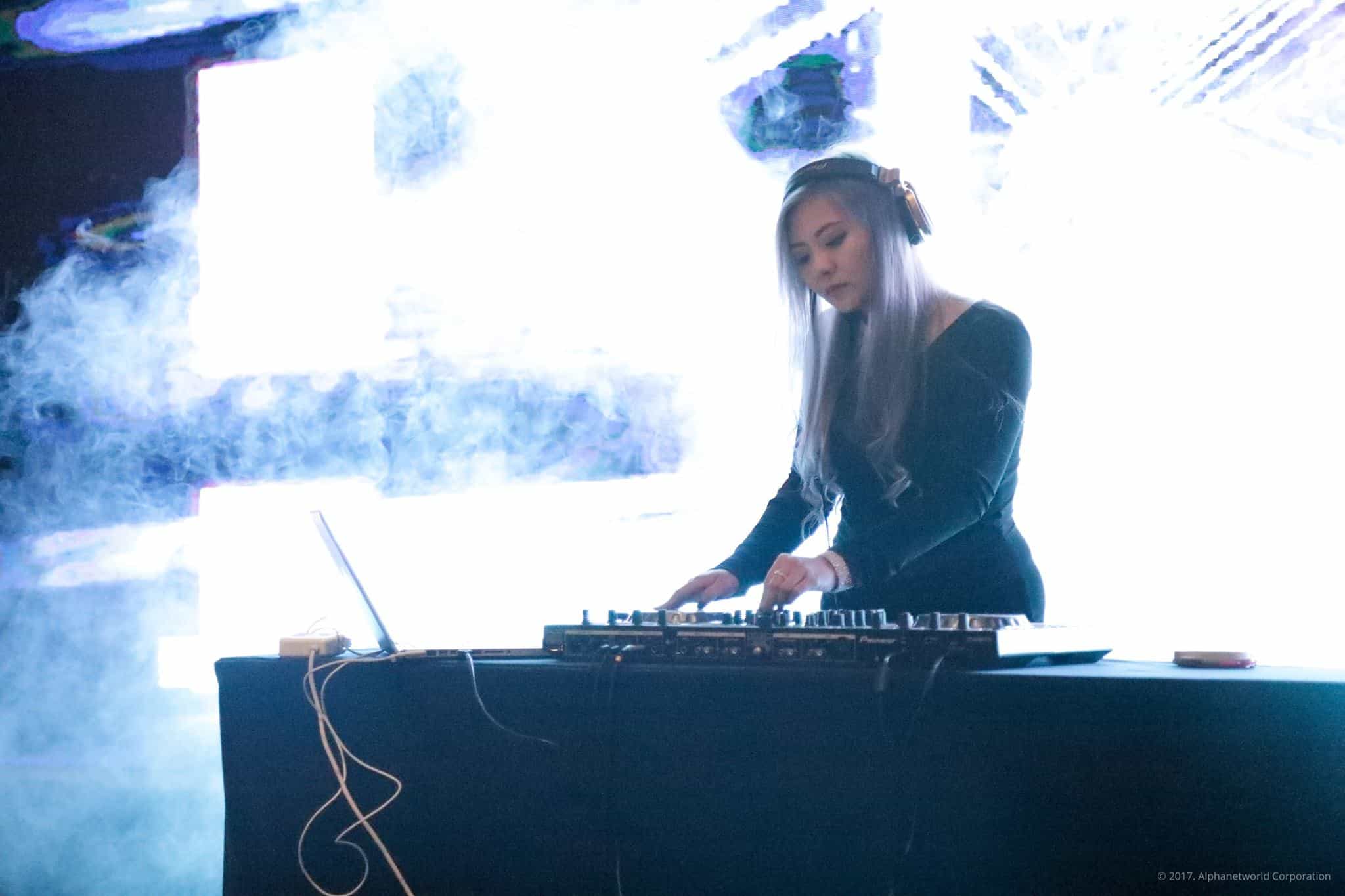 As with all of NWORLD events, the night ended with Ntrepreneurs being full of precious lessons about life and the NWORLD business, which they can treasure in every single day of their lives. And we know that this is just the start of our success because the best has yet to come.